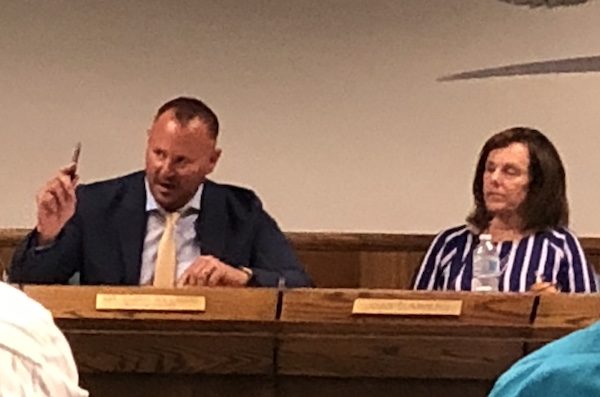 –The Paso Robles School District met last night at the school district office on Niblick Road. All the trustees were present, except for Dr. Kathleen Hall, who participated on Skype from Palm Springs.

Superintendent Chris Williams told the board that a new Safety Resource Office (SRO) has been hired to patrol Paso Robles High School. The officer is working from 7:30 to 4:30 at the high school. His salary is paid partly by the City of Paso Robles and partly by the School District (50/50). Williams says he has also installed security cameras around campus so that they can better monitor activities like the fights which occurred last year on campus. The new SRO Officer will be introduced to the Board of Trustees at the next school board meeting, Sept. 11.