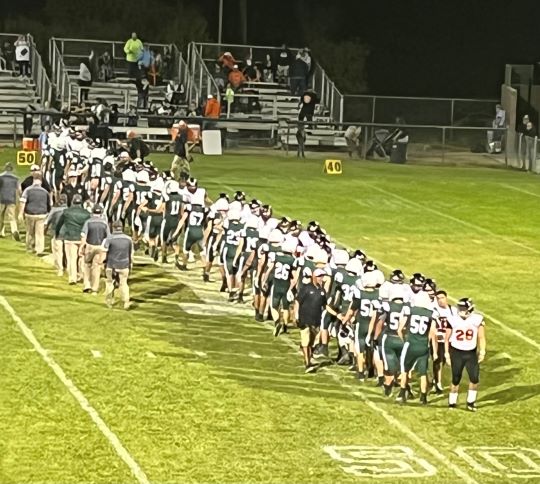 – Friday night, the Atascadero Greyhounds lost their first home game of the season 37-14 to North Bakersfield. The game started out close, 10-7 after one quarter. North led only 17-6 at halftime, but they pulled away with two unanswered touchdowns in the third quarter. The Greyhounds fall to 0-2 in the early season.

The Templeton Eagles lost at home in their first game of the season 39-15 to the Coalinga Horned Toads. Turnovers plagued the Eagles. The team led in most offensive areas including yards and time of possession, but fumbles and an interception cost them the game. Quarterback Noel Brady returned after a year off with an injury, and threw the ball well. Wyatt Ramey put up more than 80 yards running. Johnny Peschong and Lane Miller made some great defensive plays, but the Horned Toads prevailed in front of a big Templeton crowd at Mike Erb Field.