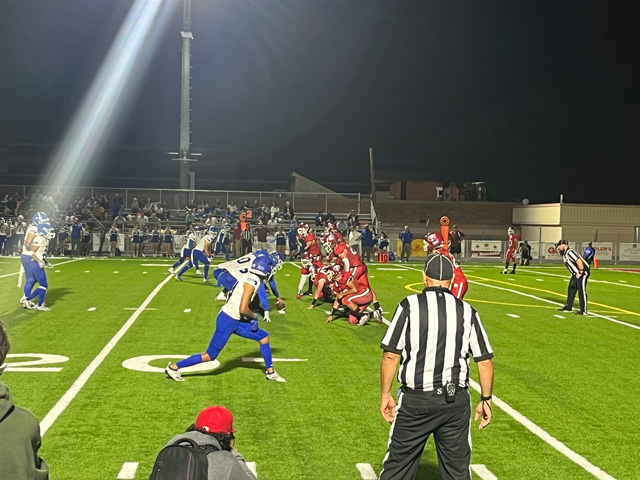 The Paso Robles Bearcats (3-1) hosted the previously undefeated Lompoc Braves (4-0) at War Memorial Stadium. After four games on the road, the Bearcats played their first home game before an enthusiastic home crowd. Lompoc led 7-0 after the first quarter, but the Bearcats came back to take a 21-13 lead at halftime. In the third quarter, Lompoc scored three touchdowns to pull ahead 33-21.

The Bearcats battled back in the fourth quarter. Tyler Luna completed a 26-yard touchdown pass to Hayden McKanna. Trevor Lambeth recovered a Lompoc fumble. Leo Kemp ran for an 8-yard touchdown to give the Bearcats a 34-33 lead. The Bearcats held on to win by that score, 34-33. Paso Robles improves to 2-0 in the Mountain Conference, 4-1 overall. 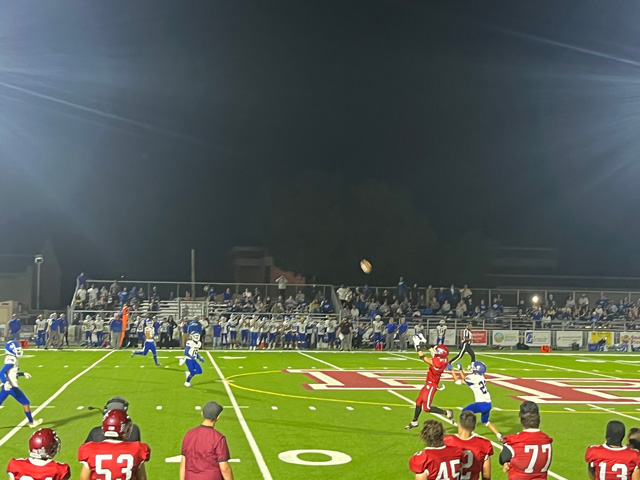 For the third consecutive week, the Atascadero Greyhounds came from behind to beat their opponent. Atascadero turned the ball over twice in the first quarter, but Kane Cooks scored on a 50-yard run to make the score 14-6. The San Luis Obispo Tigers jumped out to a 24-6 lead at halftime. In the second half, the Greyhound defense held the Tigers scoreless. Greyhound quarterback Kane Cooks threw a touchdown pass to make the score 24-12.

Atascadero finally gained the lead with a minute left in the game. A late Greyhound interception sealed the victory. That makes three consecutive wins in a row for the Greyhounds. In each game, they trailed early but came back to win, 28-24. Atascadero is now 3-3 overall and 2-0 in the Ocean League. The Greyhounds have a bye next Friday, then host Templeton in two weeks. 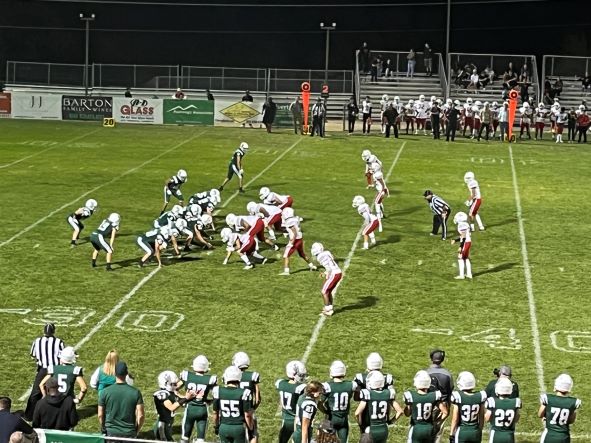 The Templeton Eagles (3-1) hosted the Santa Maria Saints (2-3) in their first conference game. The Eagles scored first and led most of the first half, 7-0. Then, late in the second quarter, the Saints tied the game. After that touchdown, the Saints kicked off and Landen Miller caught the ball on the 20. He ran the kick-off 80-yards for a touchdown to give the Eagles a 14-7 lead at halftime.

The second half turned into a defensive battle with neither team able to dominate. Templeton took the lead with only a couple of minutes left to play. The game ended dramatically on the final play of the game. Eagle’s lineman Johnny Peschong sacked the Saints quarterback, who fumbled the ball. Tempelton recovered the ball as time ran out.
The Eagles won 21-17. Templeton is now 4-1, 1-0 in the Ocean League. They host Cabrillo next Friday.

After Friday’s game, Templeton Coach Don Crow said, “What’s going on with these North County Teams? I know our team plays with a lot of heart, and that’s why we’re winning games. But for all three teams to win Friday night against tough opponents? That is really remarkable!”