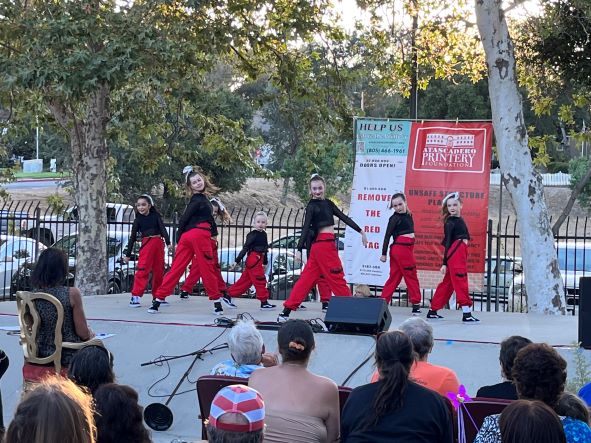 – The Atascadero Printery Foundation hosted North County Has Talent Friday night at the parking lot of the Printery Building in Atascadero. Eleven entries in the talent show sang, danced, played guitar and keyboards, and entertained about 200 people in attendance.

Doriana Sanchez and Jeannie Malik served as judges. Doriana is a local woman who acted in “Dirty Dancing” before becoming Cher’s choreographer. Jeannie produces the Atascadero Dance show each year at the Pavillion. 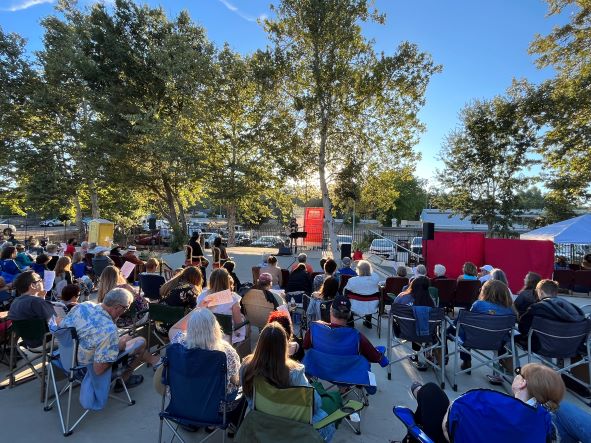 Radio Journalist Donn Clarius opened the entertainment with a special arrangement of the “National Anthem.” It set the stage for over an hour of fascinating entertainment. Local photographer Rick Evans served as Master of Ceremonies. Evans did a great job entertaining the crowd between acts.

Cash prizes were given to the best three acts, chosen by the judges. First prize went to Class Act Dancers, who danced Hip Hop to “Perm.” The girls were directed by Melissa Hartman of Class Act Dance.

Shay Angles won second. She sang “Every Girl Like Me” by Sugarland. She accompanied herself on guitar, although the Angles name is generally associated with the fiddle. Her grandfather, Al Angles, was a great fiddler who performed throughout San Luis Obispo County. 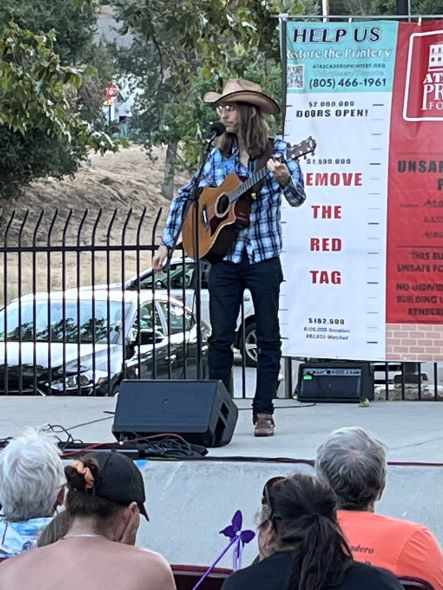 The third place winner was Eddie Davin, who sang “Unchained Melody” by the Righteous Brothers. Davin was one of the older performers, but his presence, voice, and style showed his profound experience singing professionally over the years. Although the judges did not give them prizes, many of those who performed impressed those who paid $10 to see the local talent show.

Singer/songwriter Pete Pidgeon performed an original song called, “The Ways We Change.” He played acoustic guitar well, and his voice was remarkable. He’s one great song away from a lucrative career in music. Midnight Dorsett also sang an original song, which demonstrated his facility with the guitar and solid singing.

The event clearly showed that North County has talent.