North County native selected as ‘Junior Sailor of the Year’ 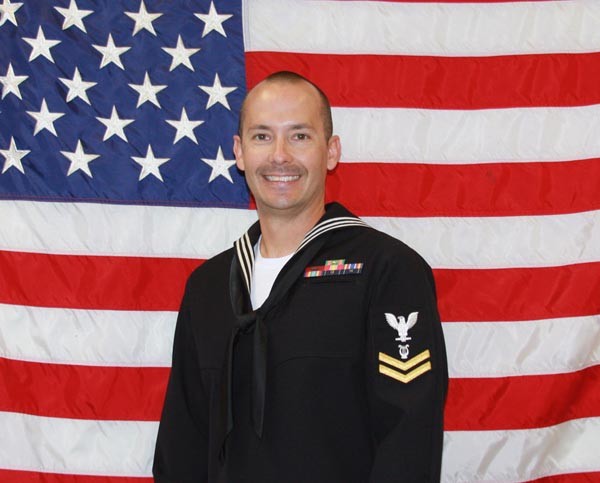 Musician Second Class Brian Parmann, a graduate of Atascadero High School, joined the Navy as a trumpet player in March of 2003.

–A U.S. Navy Sailor from Atascadero, California, assigned to Navy Band Southwest in San Diego, was recently selected as the band’s Junior Sailor of the Year for fiscal year 2015. Musician Second Class Brian Parmann, a graduate of Atascadero High School, joined the Navy as a trumpet player in March of 2003. In addition to performing in the band’s marching and ceremonial groups, Parmann is also part of the brass band, wind ensemble, and is the Supply Petty Officer for Navy Band Southwest.

One of Navy Band Southwest’s primary responsibilities involves providing musical tours within the band’s 7-state area of responsibility. Several of the band’s primary performing units embark each year on community outreach concert tours throughout the Southwest, allowing the band to reach out to audiences that do not have opportunities to see the Navy on a regular basis. The concerts are family-friendly events, meant to be entertaining to audiences of all ages and cultural backgrounds, as well as geared toward attracting individuals interested in the Navy.

“Our band has the unique honor of bringing Navy awareness to audiences through our musical performances for the general public, as well as our educational outreach and recruiting initiatives in schools throughout the Southwest,” said Lieutenant Jane Hoffman, the Director of Navy Band Southwest. Hoffman added, “The men and women of Navy Band Southwest are true Naval Ambassadors, and Petty Officer Brian Parmann represents the ‘best of the best’ of our talented Sailors.”

“The people I work with are what make my job worth doing,” says Parmann. “When my time in the Navy ends, I’ve made life-long friends at every juncture in my career, and to me that is worth its weight in gold.”

To be selected for the Navy music program, Parmann went through a live audition process that involved showcasing his technique, musicality, and versatility.

“After graduating from Atascadero High School in 1998, I studied at Cuesta Community College for four years before joining the Navy.”

“Since then, I’ve earned an AA in Liberal Arts, attended the Navy’s Unit Leader course, and completed the Pacific Partnership 2009 deployment.”

Before reporting to San Diego, California in July 2012, Parmann was stationed in Jacksonville, FL, at Navy Band Southeast.