Player of the game for PRHS: Owen Winstead.

Bearcats cross country met against Arroyo Grande on a 2-mile course on Sunday. The following were the scores:

The last meet of the season is coming up against Atascadero this Friday, March 26. Students in the afternoon cohort will be excused from their 6th-period class. 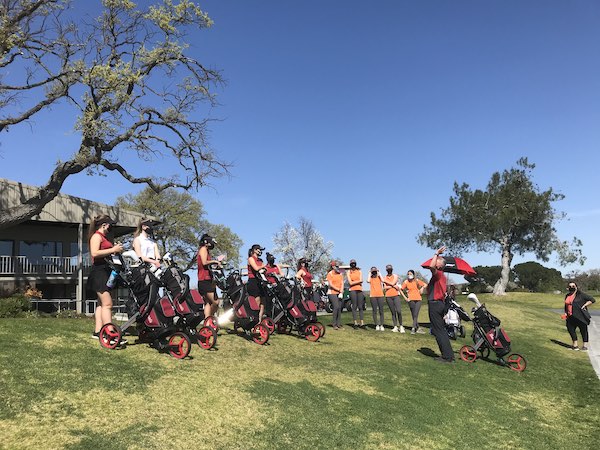 Paso Robles High School Girls’ Golf Team competed against Atascadero on Wednesday at The Paso Robles Golf Club. The Bearcats won a very competitive match 260 to 264. Katie Wagoner shot a personal best and team low 48 and Jenny Armstrong shot a 49 to lead the way for the Bearcats. 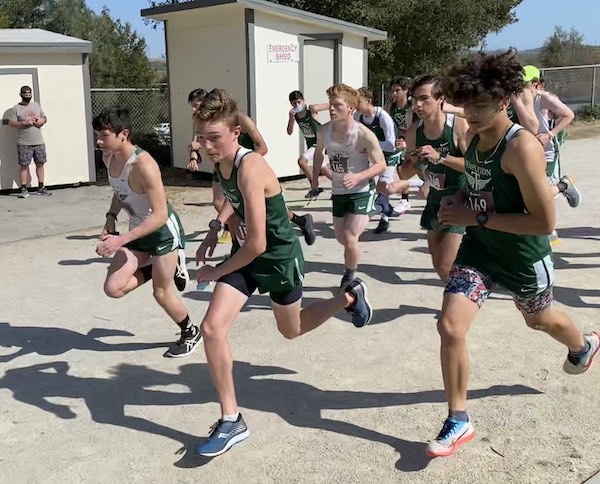 In the girl’s race, Junior Maddie Bobbitt of Templeton finished first in 20:23 over the 5k course. Maddie won by more than two and a half minutes. The girls’ team easily won the dual meet, taking five of the first six places. 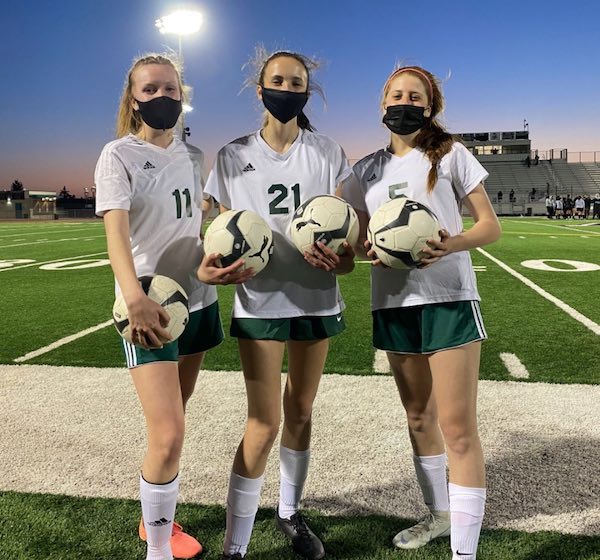 The Lady Eagles opened their season on the road under new head coach Steve Wells and fought hard against a tough Pioneer Valley team and an equally tough wind and ended the first half with a 0-0 tie. But that was only the first half.

The second half the Eagles dominated with a pair of goals from Megan Rubin, followed by a fantastic header from Ella Thompson, and finally a strike from the 18 by Lindsay English. Goalie Kylee Dougherty got her first Varsity shutout and was solid in goal.

This was clearly a team effort with 18 Eagles taking the field. After the game, Coach Wells said, “and we needed every one of them.”  When asked about a player of the match he said, “Anyone wearing green. I could not be happier with the performance with such short preparation. It was a complete team effort!”