Paso Robles News|Tuesday, May 26, 2020
You are here: Home » Obituaries » Obituary for Elinore May Diefenderfer, 96

Obituary for Elinore May Diefenderfer, 96 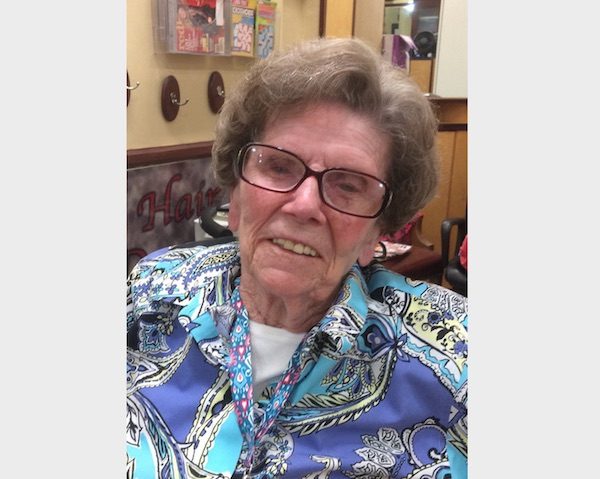 –Elinore May Diefenderfer passed away peacefully on May 7, 2019. Elinore was born in April of 1923 to Frances Agnes (Giraud) and Elmer Raymond King. She was raised on the family ranch in the Carrisa Plains, attended the one-room Simmler School and graduated from Atascadero High School in 1940. In 1942, Elinore married Gerald R. Diefenderfer as he was leaving for U.S. Army military duty in Europe.

After the end of WWII, Elinore and Gerald moved to San Luis Obispo where they raised their two sons, Gerald “Jerry” and Douglas. Elinore was a devoted homemaker and her kitchen was always home to a steady stream of FFA students, football and baseball players, neighbors, and friends. She was active in a number of organizations, including PTA as the district president when her sons were in elementary school, Black and Gold Boosters, and her beloved Republican Women’s Club.

Elinore is survived by her two sons Jerry Diefenderfer (late wife Susan) of the Carrisa Plains; Doug Diefenderfer (wife Karen) of San Luis Obispo; five grandchildren, four great grandchildren and three nieces. She was preceded in death by her husband Col. Gerald R. Diefenderfer, and sisters Phyllis King and Kathleen Cooper. Elinore will be remembered by family and friends for her incredible kindness, grace and generosity. Her radiant smile and loving heart will be dearly missed by all. The family would like to thank the Lodges at Ada’s Vineyard for their kindness and excellent care during the final chapter of her life.

In lieu of flowers, donations may be made to the Community Foundation of San Luis Obispo County in memory of Elinore Diefenderfer or to your favorite charity. A private burial will be held at San Luis Cemetery.