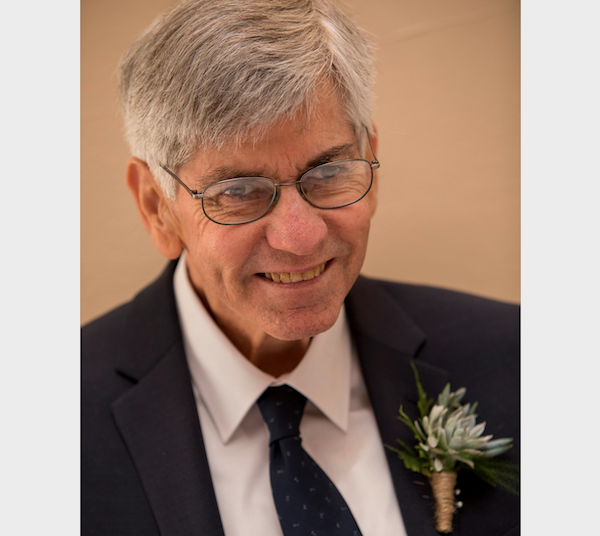 –James Milton Howe, age 72, of Paso Robles passed away peacefully on Nov. 16, 2020 under the care of Hospice and surrounded by his family.

James was born May 5, 1948 in San Jose, Calif. to John Howe and Geraldine Reynolds. Jim grew up in the Bay Area, attended St. Lucy’s Elementary School and Bellarmine Preparatory High School. He was the oldest of five, with three brothers and one sister.

Jim attended UC Santa Barbara where he earned his undergraduate degree with a Major in Anthropology and Minor in History, as well as his teaching credential. Santa Barbara is where he met the love of his life, Beverly Clemente. They were married on June 27, 1970.

Throughout his career, Jim taught grades 3 through 6. He started teaching at Brandon School in Goleta, Calif. and remained there for 9 years. After moving to Paso Robles in 1980, Jim continued his teaching career at Winifred Pifer, Georgia Brown, and Pat Butler, all Paso Robles elementary schools. After creating many lasting friendships with colleagues and touching the lives of over 1,000 students, he retired in 2008 after 37 years of teaching.

Jim and Bev have been very involved in the Paso Robles community for the past 40 years. In 1984, they joined Clipper Club, where they met for monthly social gatherings. Jim also played in a monthly poker game, with the same group of guys for 38 years.

Jim and Bev attended St. Rose Catholic Church where Jim was involved in Knights of Columbus and together they participated in a weekly religious Book Group with close friends.

Jim was down-to-earth and found happiness in the little moments. He enjoyed spending quality time with Bev and their three children Amy, Paul and Tim. He loved playing board games and card games. He enjoyed nature, gorgeous views, and scenic drives. As an avid sports fan, he loved all Bay Area teams and would always root for the underdog.

Anyone who knew Jim would say that he is one of the kindest people that they had ever met. He will be remembered for being genuine, intelligent, witty, and thoughtful with a gentle soul. He taught others that it is the beauty in the simple things that truly matter.

Jim and Bev recently celebrated their 50th wedding anniversary together at home with their children and grandchildren.

He is also survived by his three younger brothers, Paul, Jack, and Michael Howe, and their families. He is preceded in death by his parents and sister, Margaret Howe.

Due to the COVID-19 mandates, there will be a private service held on Dec. 18 in Paso Robles.

In lieu of flowers, the family asks that donations are made to the Juvenile Diabetes Research Foundation (JDRF) at ​www.jdrf.org or Paso Robles Education Alliance (PREA) at ​www.goprea.org specifically for teacher grants.