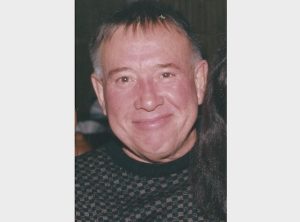 –It is with great sadness that the family of John Ough shares the news of his death on July 28, 2019 after a brief illness. He was 78.

John was born in and raised in Paso Robles and graduated from Paso Robles High School in 1958. John left home to serve in the United States Navy from 1959 through 1964. While in the service, John traveled overseas aboard the U.S.S. Isherwood, and loved the time he spent exploring Midway, Guam, the Philippines, Hong Kong and Japan. One of his most memorable adventures was the swim he took over the Mariana Trench and how he watched the rays of the sun stream into the water as far as he could see. During his service, John received an Armed Forces Expeditionary Medal (Quemoy and Matsu Islands). After his discharge, John graduated Fresno State College with a Bachelor of Arts Degree in Psychology.

John started his career at a Standard Station as an attendant and retired from Chevron Corporation 32 years later in the position of Property Management Specialist. His job entailed negotiations to purchase, sell and lease service station property and coordinating building and remodeling service stations throughout Northern California and Colorado.

John was an eternal optimist and was always happy to start his day. He would wake up and sing, “Here I come, to save the day, I’m Mighty Mouse, I’m here to stay” and say what a great day it was going to be. When his daughters were younger, he would stand at the foot of their beds and pretend to play the bugle. John was a natural and gifted athlete and had a competitive drive. When he was younger, he played baseball almost nonstop, and spent the summer of his first year in high school training in Houston with college baseball players. He also ran track and played golf.

John loved to be active and was constantly in motion. He loved hiking in the mountains to fish in the streams and loved to swim in the ocean and would swim as far out as he could. He snow skied, scuba dived, ran, and even flew a small plane. He was a talented golfer and even won an employer-sponsored tournament along with an award for a hole-in-one.

John’s family was his most important priority and his loyalty was without question. He was a pillar of strength and comfort and loved to be involved in whatever was going on with his family and never hesitated to help if someone had a problem. John was open-minded, had fierce determination, endless confidence and had a wonderful sense of humor. He loved to socialize with anybody and everybody and laughed easily and often. He feared nothing.

John was preceded in death by his parents, Clark Abbott Ough and Marie Anna Ough; his former mother-in-law Frances Ruth Wieser and his nephew, Patrick Farrell.

A celebration of John’s life will be held in the form of an open house on September 14, 2019, from noon to 5:00 p.m. at the home of Sheila Ough Dighans in San Ramon. Please email oughfam@gmail.com for details. A memorial fund has been set up on Go Fund Me to assist the family in their time of need. At John’s request, following his cremation, his final interment will be at the Paso Robles District Cemetery. 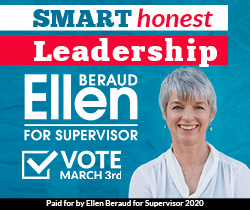