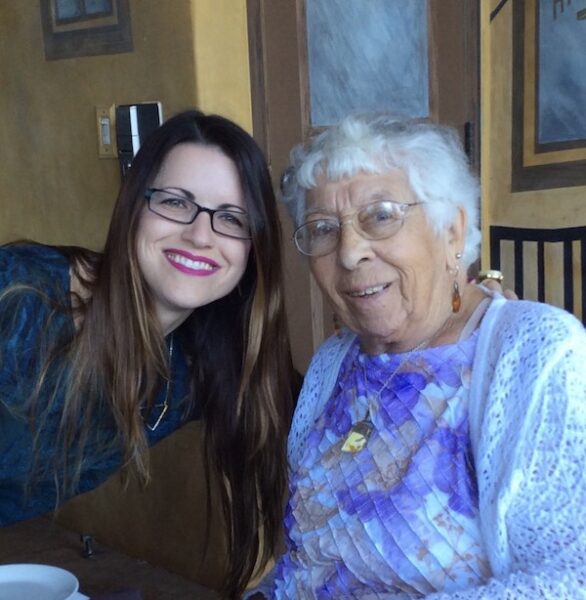 –Marion Constance McKie (Schini) was a longtime resident of Paso Robles who died on Sept. 23, 2020, from heart failure at the age of 100. She was a resident of Creston Village and had been a volunteer for the Paso Robles Police Department for 32 years. She also continued to be an active member of the American Association of University Women (AAUW) in her late 90s.

Marion was born in Lacrosse, Wisconsin, and was a graduate of Stephens College and joined the United States Coast Guard during World War II. After ending her military service on November 21, 1945, she started working for ADT in Southern California. She was married Robert McKie from Cambria who was the track and field coach for Orange County High School. After his retirement in 1982 they moved to Paso Robles and Marion started working as a volunteer for the Paso Robles Police Department. She worked with the Department until 2016. She moved to Creston Village in 2012.

Her father: Frank T. Schini, was a locomotive engineer. He drove the first diesel train and was featured in an article of the Saturday Evening Post Magazine.

Her mother: Isabel May Whitebeck, had 5 other children. Marion was the youngest of 6. She had 2 brothers and 3 sisters (Eunice, Audrey, and Grace). Marion has 2 sons: Kenneth Meade, a retired U.S. Colonel, and physician; and Robert Meade, Oregon farmer. She also remained close to her 2 stepsons, Arnold and Ronald Hansen.

Other close relatives include Ken’s daughter Rebecca and her nephew Michael Schini and his wife Judy from Sunnyvale.

Throughout her life she was an active participant and volunteer among numerous benevolent organizations. After her retirement, while married to Robert McKie, she spent over 30 years as a volunteer office worker for the Paso Robles Police Department. Marion was a member of the Paso Robles Women’s Golf Club, and loved playing cards every week at the social gatherings of friends.

She was an active member of the American Association of University Women (AAUW) until she reached her late 90s.

Marion was unique in her ability to maintain social connection with others despite her advanced age. She was impressively able to make people feel comfortable by sharing her positive attitude towards life. We are all missing her kind spirit.