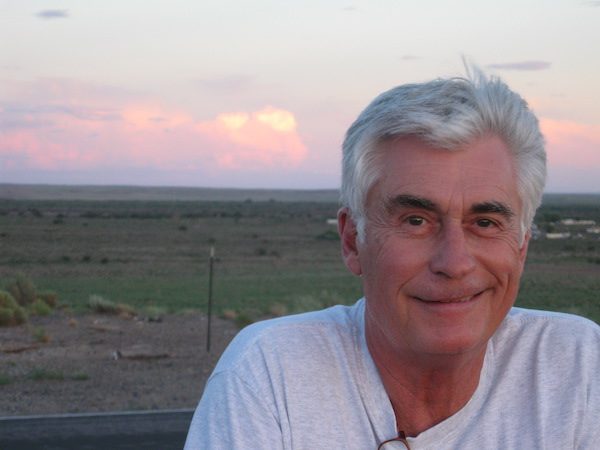 –Obbie Ted Atkinson, M.D. passed away on June 30 after a courageous battle with cancer. He was surrounded by family at his home in Richland, OR.

Obbie Ted was born in 1945 to Doris and Obbie Sr. Atkinson in Mt. Vernon, IL. Like his father, a WWII pilot, Obbie was fascinated with flight, and after graduating from the U.S. Air Force Academy in 1967 he served as a jet pilot flying the C-141 and C-123 in Vietnam. In 1970 he was awarded the Air Medal and the Distinguished Flying Cross for “extraordinary achievement while participating in an aerial flight.” One of the C-123 aircraft he piloted, which the crew nicknamed “Patches,” was hit more than 500 times by ground fire. It is now displayed at the National Museum of the United States Air Force.

After an honorable discharge from the Air Force, Obbie entered medical school at the age of 29 and became a general practice M.D. in Paso Robles, CA, where he had three children with his first wife Dinah Lundbeck. He served thousands of patients of all ages during his 35 years in practice, and was immensely loved by the community. He was a doctor of extraordinary compassion and presence, and it was a running joke among his staff that some patients – particularly community elders – came to his office simply for a dose of his attention and love.

Obbie was both a healer and a builder: he was a skilled carpenter who built large and small homes, furniture, model ships & airplanes. He loved to sail, and retained a lifelong hobby of flying light aircraft. His boots took him into the high Sierras many times on backcountry excursions, and he felt a special kinship with John Muir in his exploration and love of that remote wilderness.

In 2000, Obbie married Connie Minshull/Lambie. That year began a two-decade romance with the open road and with each other, as the couple logged hundreds of thousands of miles road-tripping to visit friends, family, and remote places. In 2005 Obbie and Connie bought a 120+ year-old farm house in Richland, OR, which they meticulously converted into their own piece of heaven.

Hard working and accomplished as he was, Obbie was humble and modest. Adventurous as he could be, Obbie was most content with the simple things in life, the quiet beauty of the outdoors, companionship, and the sharing of stories.

A celebration of life will take place on Sunday, August 4 at 3 p.m. at the Borradori Garage, 455 N. Ocean Blvd. in Cayucos, CA.