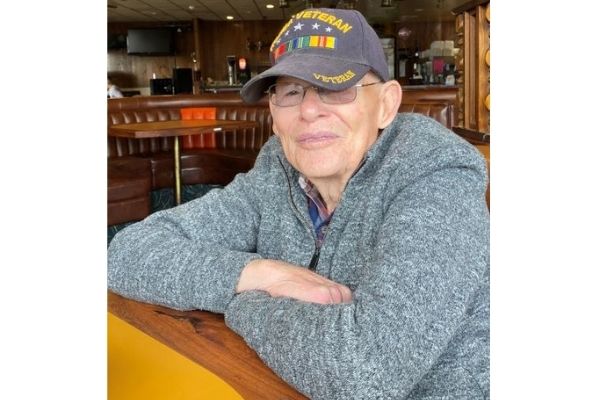 – Richard Allen Teter, 92, of Paso Robles died March 12, 2022, from the end stages of Alzheimer’s disease. Richard was born December 10, 1929, in Monterey Park, Calif. He was the son of Donald and Florence Teter.

After high school and one year of Jr. College, Richard entered the Navy during the Korean war. He was honorably discharged in January 1952. He then served in the Army until April of 1957 with an honorable discharge. Richard married his first wife Josephine Groth Nov. 25, 1958.

They had two sons Carl and Jerry. It was Dec. 27, 1971, when he married his beloved, Ramona Downey, becoming the stepfather to six girls and three boys. They enjoyed almost 50 years of marriage until her passing in July of 2021. Together they would go on cruises around the world and tour the US in their RV. Their favorite pass time was spent with family, especially in the ranch home he built on Manuela Way in Arroyo Grande. With his contractor’s license, he built homes in Los Osos, Pismo Beach, and other Central Coast locations. Looking to provide more stability, he eventually became a building inspector for SLO County and finished up his career as a handyman at the Paso Robles Inn.

Services will be held Friday, April 29 at 10 a.m. at Arroyo Grande Cemetery. Robert Burnett will be officiating from Hope Church in Arroyo Grande.