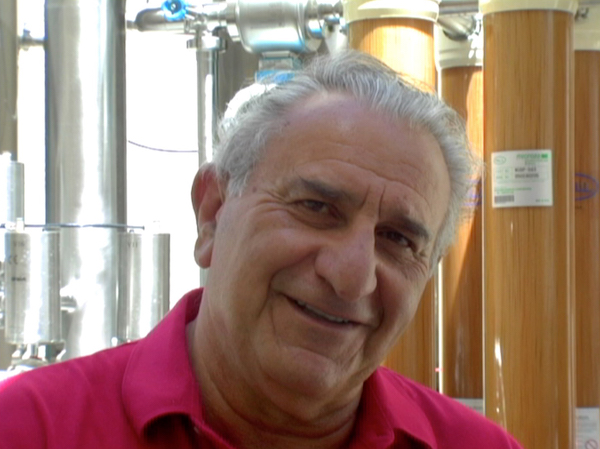 –Sam Balakian, president and winemaster of SVP Winery in Paso Robles, passed away on Aug. 31. With a winemaking career spanning more than 50 years, Balakian was respected as one of the most experienced winemakers in California and trusted for his steadfast commitment to producing quality bulk wines at a fair price. As the founder of SVP Winery in 1999, he successfully established the business as a preferred California bulk wine supplier with past and present clients including Vinum Cellars, Francis Coppola Winery, JAM Cellars, Don Sebastiani & Sons, San Antonio Winery, and many more.

Born to Armenian immigrants, Balakian was raised on a raisin farm in Parlier, California where he inherited his parents’ strong work ethic and an even stronger will to succeed. He earned his B.S. in Enology from Fresno State in 1964 where he walked the stage as one of the first graduates of the university’s newly established winemaking program. He followed undergrad with a master’s degree in Food Science from the University of California at Davis and after graduation in 1966, he immediately ventured into the world of wine.

Balakian began his career with United Vintners in Madera, California where he made wine for the Italian Swiss Colony and Mission Bell Winery. In 1972, took up the post as Winemaker and Vice President of Production at California Growers Winery, one of the five largest wineries in the state at the time. A decade later, he landed at ASV Wines in California’s Central Valley where he met his wife, Valerie Balakian, and served as Winemaker and Vice President from 1982 to 1998.

With 30 years of industry experience under his belt, Balakian and Valerie took the leap into business ownership and launched SVP Winery in 1999 with the mission of producing exceptional bulk wines at affordable prices.

Described by winery partners as the “winemaker’s winemaker,” Balakian’s passion for wine and compassion for his customers was a welcomed rarity in the industry.

“Sam was so integrated and invested in the business that he often was the person answering the phones as well as weighing in and out the trucks for bulk wine transfers and grape deliveries,” said Richard Bruno, President, Vinum Cellars. “When you visited Sam at the winery, you never left empty-handed. He always sent you away with a bottle of olive oil or walnuts from a farmer buddy or a jar of his famous traditional Armenian pickles called Torshi. I not only lost my business partner of 20 years but my best friend.”

“My first introduction to Sam was over 50 years ago during a year when there was very little red wine in California,” said Santo Riboli, President, San Antonio Winery. “Our small winery began asking producers if they had some to spare. We did not know Sam, but we made a call to the winery where he was GM and winemaker. I found out later that Sam called our bank where he learned that we were hard-working people of integrity to which Sam shipped us twice as much wine as we asked for on credit. He was a man of integrity and a handshake was his word.”

“Trust and integrity defined Sam,” said Don Galleano, President, The Historic Galleano Winery. “And he expected the same from those with whom he did business. He was a colleague, partner, and mentor, but most of all, a man I was humbled to call a friend for more than 40 years. He will be greatly missed.”

“Sam was an icon in the California wine industry,” said Todd Azevedo, Global Wine & Grape Broker, Ciatti Company. “He was a mentor, business partner, and friend. I was truly lucky to have him be a part of my professional and personal life.”

In the wake of Balakian’s passing, Valerie and the exceptional SVP winemaking team led by Justin Kahler are committed to carrying on the legacy that Balakian spent a lifetime creating. SVP Winery is currently harvesting and processing the 2020 vintage and has the continued support of longstanding winery partners including Galleano,  Riboli and Bruno.

Balakian is survived by his wife Valerie Balakian and their children: Erica, Trevor, and Taryn. Valerie will also continue production of their small, family-owned label established in 2000, Tarrica Wine Cellars, which she and Balakian named as a derivative of their daughter’s names, Taryn and Erica. The family plans to hold a celebration of life in the Spring of 2021.