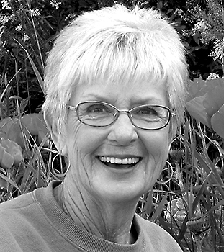 –It is with heavy hearts that we say goodbye to Sue Minshull who passed away on Sept. 2, 2019. She fought a short, yet courageous battle with cancer. Sue has been surrounded by family, friends, and her community at her home in Paso Robles, CA a home she shared with her husband Terry Minshull for the past 55 years. Sue was born in 1942 in San Luis Obispo county to Elvin and Emma Lu (Mikel) Casteel.

The Casteel Family has a long ranching legacy in Central California and Sue was the fourth generation of Casteels in the Paso Robles area. Sue’s early childhood was spent on her parents’ farm in the Willow Creek area of Templeton, CA, where she and her brother Wayne would attend to early morning farm chores before catching the 6:50 a.m. bus to the Templeton elementary school. During her Freshman year at Paso Robles High School, she met and fell in love with Terry Minshull. The couple married four years later on her 17th birthday. Two beautiful daughters soon followed. Sue’s innate talent for design was well known among her friends and family. Whether she was working in her garden, decorating her home, or baking something wonderful in her kitchen, she always made everything beautiful. Sue’s creativity spilled out into every facet of her life. Indefatigable and always generous with her time, Sue spent time volunteering with the Los Ni’nos Children’s Home Society, active supporter of the Paso Robles Volunteer Fire department where Terry was a long time member, and member on the Paso Robles District Cemetery Board for the past 19 years.

When Sue’s children were young she also volunteered as a Blue Bird and 4H leader. Terry and Sue were both members of the Clipper Club, where they also served as Skippers one year. And the Minshulls were the first couple to ever to be named “Roblans of the Month.” As a young woman, Sue worked part time with her in-laws at Minshull’s Paint Store. She also attended extension classes at Cal Poly in floral design and worked as a florist at Julia’s. In 1970, Sue opened Minshull’s of Paso Robles, a dress shop she operated until 1982. In the late 80s, Sue turned her keen curatorial eye to dealing antiques and she operated a booth at Great American Antiques. She and Terry then started an Estate Liquidation business for several years until they decided to retire.

Community-minded and social, Sue brought a buoyancy and joyful energy to everything she did. As Sue and Terry entered the second half of life together, their romance continued as they traveled the world: Germany, Scotland, England, Italy, France, Spain, and South America. They enjoyed cruises with family and logged thousands of miles on the open road visiting national parks and beaches. Terry and Sue celebrated their 60th anniversary this year with a cruise to Mexico. Sue is survived by her husband Terry; children Terrin Winter (Bill) and Tracy Ouzounian (Noubar); grandchildren Terry, Mark, and Kaitlyn (Sheena); great-grandson Owen; and countless other family and friends. A graveside memorial service will be held at the Paso Robles District Cemetery at 45 Nacimiento Lake Drive on Sept. 10 at 10 a.m. Please join friends and family after the service for a short reception at the Paso Robles Inn. In lieu of flowers, donations may be made to the Paso Robles Historical Society or any Paso Robles charity of your choosing. 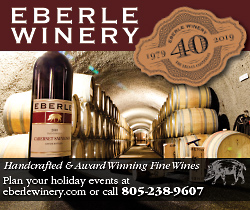