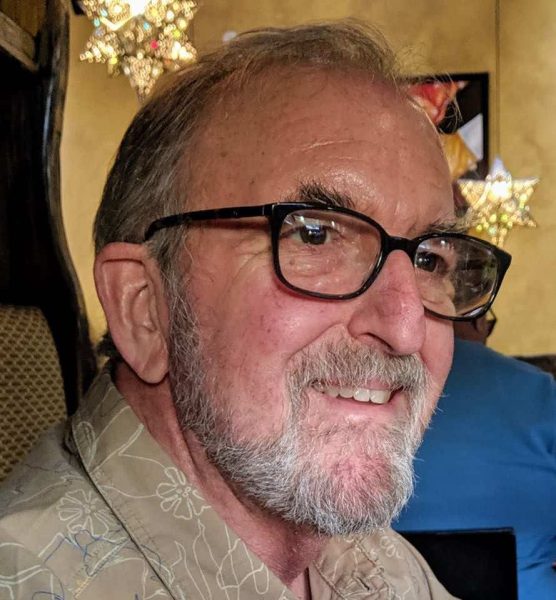 –William (Bill) Anthony Winter, 67, passed peacefully in his home in Templeton CA, on the evening of Friday March 6, 2020. Though his beginnings were in Santa Maria, Bill was a long time resident of the North County. The only child of Mr. William Winter and Mrs. Hazel Silvera Winter, Bill was born on 8/2/52. Growing up in Santa Maria, Bill attended Saint Joseph High School after being sent there by his mother on the assumption he would be a better pupil without the distraction of too many girls. He was part of the first class to attend all four years at Saint Joseph, graduating in 1970. After graduating, he attended UCSB and several other universities before settling in Paso Robles in 1975. He met the love of his life, Terrin Minshull, while doing stage work and chorus at Pioneer Players, and after determining he was “going to marry that girl” they were happily wed in November of 1979. Bill joined the Air Force in 1980 proudly serving as a crew chief for F-111 aircraft while stationed at RAF Lakenheath in England. He eventually reclassified to Logistic Plans Tech at RAF Mildenhall where he had his first taste of working with computers. This sparked his lifelong passion for spreadsheets, calculators and all things tech.

While serving in England, Bill and Terrin welcomed their first child, Terence William, in March 1982. After living abroad for 4 years, Bill brought his family home in 1984 and was stationed at George AFB in Victorville, CA where he finished his active duty service. Bill and Terrin welcomed their second child, Kailtyn Elizabeth, in October 1984. Bill was pleased to be the one to deliver his daughter into the world, and stated that he was already an expert, having helped birth goats on his uncle’s ranch in Hollister, CA. Bill and Terrin returned to Paso Robles later in 1984, where he continued his military career in the Air National Guard and began his career in Public Service when he joined the Paso Robles Volunteer FD in 1986. In May of 1994, Bill welcomed his third child, Mark Henry, who was always one of Bill’s best friends and closest assistants. Bill’s career spanned a multitude of various positions, but always with a focus on helping others and making spreadsheets. He was the Executive Manager of the Paso Robles Chamber of Commerce for 5 years, Chief of staff for Assemblyman Tom Bordonaro for 4 years, and an AGPA for the California Conservations Corps from 1999-2007. He began his most beloved journey in his career when he joined the CAL FIRE/CDF team as an Administrative Officer in 2007. Some of his greatest adventures were going on incidents with his team, becoming Finance Section Chief and helping to protect the countless resources and people across the state. He proudly retired from Cal Fire in December of 2019.

For those fortunate enough to have known Bill knew he was a man of integrity, compassion and dedication. He taught so much to those who crossed his path, and always welcomed you with a smile. He was a lover of books, science, history and was always searching to learn something new. He had an insatiable sweet tooth and passion for good beer and great food. Many of his colleagues praised him as “The Most Interesting Man at Base Camp.” He was an animal lover, and loved his little farm with his dogs, cats, goats, and chickens. Most importantly he was a devoted husband, father, and grandfather. He loved his family more than anything, and for many years shared his love of sweets by bringing doughnuts home every Saturday morning. He was loved dearly by so many, and will be deeply missed.

Update: Services are postponed and will be held at a later date.

The Paso Robles Daily News publishes local obituaries and death notices free of charge from individuals and local funeral homes. See information and tips here on writing an obituary. Please submit the obituary a few days before services, if possible. To submit an obituary, please email it to skye@accesspublishing.com with “obituary” in the subject line. Please email a photo along with the obituary.