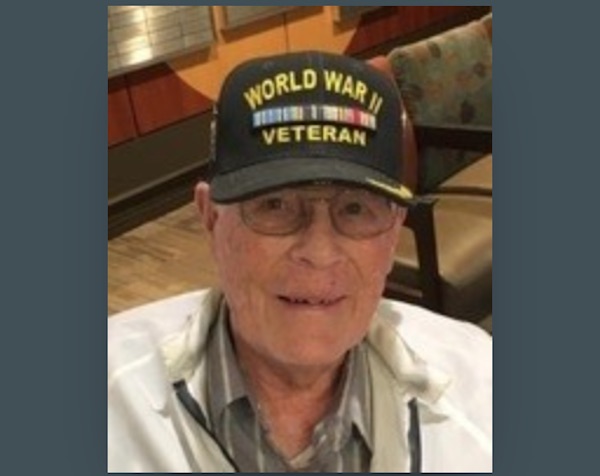 –William Henry “Bill” Brinkmeyer, 95, passed away peacefully at home, surrounded by family, in February of 2021. He was born in October 1925 to the late William and Nadine (Murlin) Brinkmeyer. He graduated from High School in Lima, Ohio, Class of 1943. He lettered in football and baseball. He was also voted “Best Personality” and “Most Courteous.” After high school, he enlisted in the U.S. Navy, serving in World War II from 1943 to 1946, and staying on in the reserves until 1950. He was incredibly proud of his service during WW II. He never went out of the house without wearing his WW II Veteran cap. Following his active service in the military, he went to college on the GI Bill, graduating cum laude with a degree in Education from Ohio Northern University in 1950. He received nine varsity letters in football, basketball, baseball, and track. He continued his education at the University of Wisconsin, graduating in 1951 with honors and a master’s degree in Education and Physical Education. He taught mathematics, physics, and physical education at Memorial High School in St. Mary’s, Ohio.

Bill was the head varsity football coach, assistant coach in basketball and track, and a mathematics and physics teacher from 1952-56 at Bowling Green High School in Bowling Green, Ohio. He moved to California in 1957. With a love for learning, he continued his education at UCLA, where he graduated cum laude with a degree in Engineering in 1960 and a master’s in Engineering in 1969. He worked for 30 years in Aerospace R & D Engineering, doing major projects for military and government agencies, both foreign and domestic, while working for Systems Development Corporation. He met and married his soulmate, Marie Mulcahy, in 1973, after dating for only six months. Marie, a widow with ten children of her own and Bill with his six, set about creating a beautiful life filled with travel around the world, endless camping and outdoor adventures, beach trips, motorcycle riding, family events, beautiful sunsets, loving dogs, boating, grandkids, birthday parties, and sporting events. He never missed a family event because, more than anything else, he held that time most important.

In May of 2015, the Central Coast Honor Flight program honored Bill with a trip to Washington D.C., accompanied by his daughter Jill. On the return flight home, he said, “l think my life is almost complete.” Bill had a great love for sports, playing, coaching, watching college and professional teams. He was so knowledgeable about the players and their stats. In Marie’s own words, “Bill was a good and honest man.” He looked for the good in people, always focused on the positive and never the negative. Every single day he asked me, ‘Have l told you that I love you today? Well, I do love you, my beautiful wife.’ He always held my hand before falling asleep, and each night he told me he would see me tomorrow.” Bill gained a lifetime of friends who lovingly referred to him as B², and he nurtured a family that consisted of 16 children, two self-adopted sons, 34 grandchildren, and 27 great-grandchildren. He earned his ultimate degree in family. Preceded in death by his loving parents, sister, former wives Betty Brinkmeyer and Barbara Bradford, Bill is now, Resting in Peace.