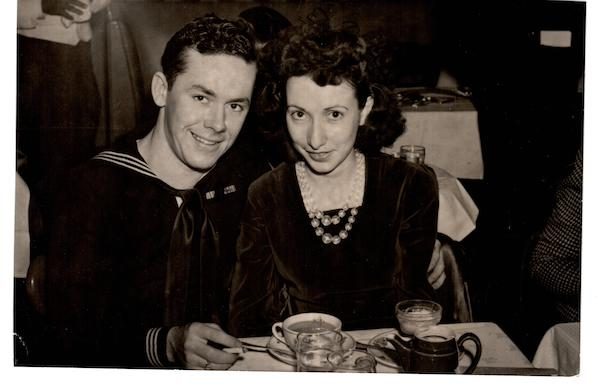 –William Burnell Lemmon (Bill), 94, of Paso Robles passed away Thursday, Feb. 21. Bill was born July 18, 1924 in Vandergrift, Pennsylvania. He was the beloved husband of Betty Lemmon. They were married for 59 years.

Bill joined the US Navy right out of high school during WWII. He served as a radioman in the Atlantic, Mediterranean and was ordered to the Pacific when the war ended. He met his future wife Betty at a USO dance on Sept. 19, 1943 and it was love at first sight. They were married on Christmas day, 1944. After the war they lived in Indianapolis for 8 years. Then they moved to California in 1953 with their three children. Bill began his career in the Savings and Loan business and rose to the position of Senior Vice President of Great Western Financial Corp. He was in charge of Branch Operations throughout California. He was especially loved and respected by the people who worked under him for his honesty, integrity and compassion. Bill and Betty raised three children, Jim, Bill and Sheri. They turned out alright!

Bill loved to dance with Betty and play golf with his sweetheart. They had a great life together, loving, traveling, working and raising their children. Bill will be missed…but he is with Betty now and they are dancing and laughing and…if there’s golf in heaven… they’re on the first tee. We love you Dad. We’ll miss you. At Bill’s request there will be no service. Just remember him with love.