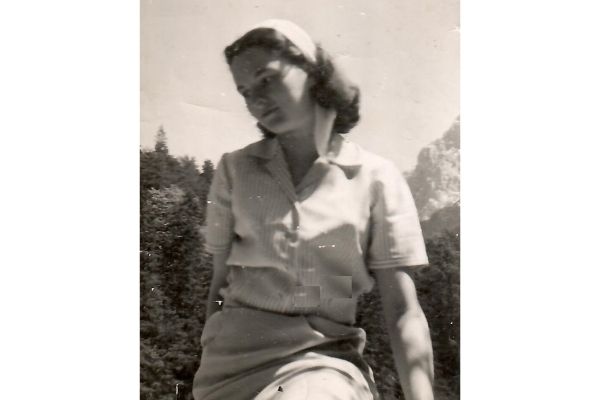 – Barbara Jean Smith (Jordan), 93, of Paso Robles passed away on March 12, 2022, at a skilled nursing facility in Morro Bay. She resided in Paso Robles for twenty-five years.

Barbara was born on Dec. 15, 1929, in Oakland, California, the eldest of two daughters born to Eugene Lester Jordan and Myrtle Baker Jordan (Heal). She attended High School in Stockton and attended nursing school there to become a Registered Nurse. Soon thereafter she went to Germany to work as a civilian nurse for the Navy. Her first husband, Richard C. Dienhart, was a Drill Sergeant at the United States Army Garrison in Garmisch. When their service was completed, they returned to California and raised their three sons, Steve, Scott, and Shawn. She continued her career working in emergency rooms and ICU’s at hospitals in, or near, Pasadena, California for the next fifty years. Barbara’s main passions beyond nursing included gardening, cooking, and being a member of the Women’s Republican Club, where she received many accolades for her dedicated work.

Nearing retirement she met Harry Smith, a newspaperman from Altadena, California working for the Star News. They traveled throughout the west coast until Harry passed away. After Barbara retired she moved to enjoy retirement in Paso Robles.

Barbara was preceded in death by her first husband Richard Dienhart and her second husband Harry Smith; and her first son Steve. She is survived by her sons Scott and Shawn and her granddaughters Jeniffer, Madison, and Mackenzie.

She was a strong Irish woman, and this is what kept her going during her last few years as she fought hard, to live life, a life well-lived.

Barbara requested no services as arrangements were provided by the excellent staff at Kuehl-Nicolay Funeral Home in Paso Robles.

“Socrates famously said that the unconsidered life is not worth living. He meant that a life lived without forethought or principle is a life so vulnerable to chance, and so dependent on the choices and actions of others, that it is of little real value to the person living it. He further meant that a life well-lived is one which has goals, and integrity, which is chosen and directed by the one who lives it, to the fullest extent possible to a human agent caught in the webs of society and history.”