Obituary of Edith May (Givens) Carroll, 89 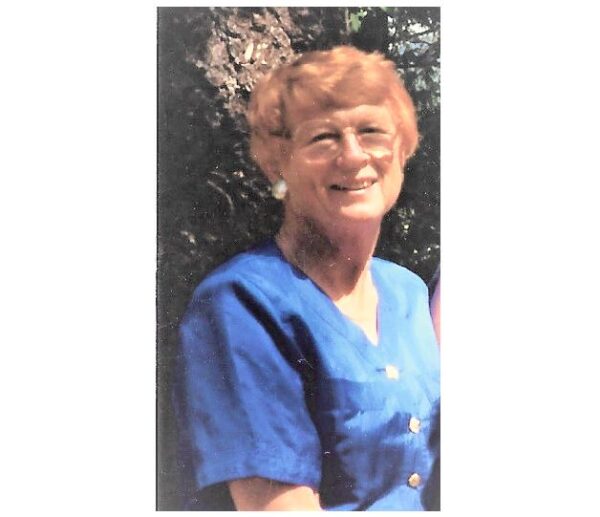 – Edith, also known as Edie, was a daughter, sister, wife, friend and mother before she passed from this earth. Her greatest honor was to be married to Donald J. Carroll, for 67 plus years. Their love for each other ran deep, raising four children and many four legged creatures over the years.

Edith was a stay-at-home-mom, the role brought with it many rewards and long days. Supervising the many animals on the small ranch and watching birds filled her days, until the children arrived home from school. When the children were old enough to take care of themselves, she ventured out into the world of volunteering. Besides 4-H, and an agriculture extension volunteer, her time was spread between her husband’s obligations as an Ag. Teacher (with its after hour duties), volunteering for Meals on Wheels, among other community oriented organizations. She alone was honored for her 20 years as a Red Cross volunteer, for her involvement with blood drives and other disaster relief programs.

As a team, Don and Edith were unstoppable, their passion for community involvement did not go unnoticed and they were honored by being named “Couple of the Year.”

Our mother’s faith in God was also a part of who she was. She and dad with children in tow spent many an hour practicing our faith at St. John’s Catholic Church and school.

Edith was born and raised in Paso Robles, one of twin daughters to Mary and John Givens, June 16, 1932. Edith and Ella, the youngest of the 5 children, (John, George, Rita, Edith and Ella), spent many a day out on the small farms of her grandparents in the Estella region northeast of Paso Robles. As young girls and teenagers they grew up on Pine and Nineteenth Street, near the railroad tracks in Paso Robles. It was there, they were introduced to Doc Reedy, the local vet, who was to become their step-father. Edith and Ella’s world opened up considerably when their mother married Doc. They traveled to National parks near and far and had experiences they had only dreamed about. One thing was certain, the twins and their older sister (Rita) were going to learn to enjoy dancing and that they did. Not a weekend went by when they would go as a family to the local Grange and dance. It was not surprising when both the twins met their future husbands at a dance. Mom met her dance partner turned husband (Donald Carroll) at Poly Royal in 1951. They were smitten from that first dance. They married in 1952 and welcomed their first child James Lester 1953, followed by Mary Lynn, 1955, Donald Joseph Jr. 1956, and a welcomed surprise in 1965, William Dean.

After retirement Edith and Don moved to rural Oregon. There they enjoyed being closer to their eldest son (Jim) and daughter (Mary Lynn). They camped near and fished the many rivers of Oregon, especially the Rogue River. They both became avid fishermen. Edith’s rose garden was beautiful, and her roses dressed the inside of the church’s pedestals for many years. Besides the outdoors, Edith enjoyed doll and stamp collecting. Mostly, they enjoyed having gatherings with family and friends.

Proceeded in death by her husband Donald in 2019, she leaves her four children, and 9 grandchildren and 3 great grandchildren. A memorial will be held in Paso Robles in mid-Spring.