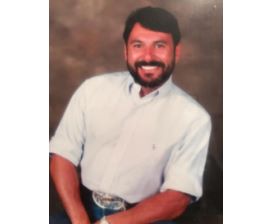 – John passed into God’s loving arms on December 13, 2021. He had resided in Rancho Mirage, Calif. with his dedicated partner, Jim. They were blessed with the friendship of many.

Growing up in Templeton, later graduating from Paso Robles High School; John ventured out, becoming a dancer on the Carol Burnett and The Glen Campbell television shows. Deciding to further his education, he joined the U.S. Navy and became a registered nurse. Nursing led him to the position of Head of Contra Costa County’s Aids Task Force. He continually shared his compassion for others.

In the late 1990s, John returned home to become a partner in Bussi’s Restaurant. Spare time found him involved with the cast and crew of Paso’s Pioneer Players, later becoming their director. The following year, John accepted a Director of Education position for Kaplan College in Stockton where he worked until retirement. John’s love of travel took him to Spain, England, and all over Europe.

Preceded in death by his father and mother, John and Josie Bermudez. John is survived by his partner, Jim, and his sisters, Jackie Moraga and Jessie Kropp (her husband, Gary Kropp), and numerous loving nieces and nephews. He will continue to be a shining light of accomplishment and determination and love to his family and will live in their hearts forever.