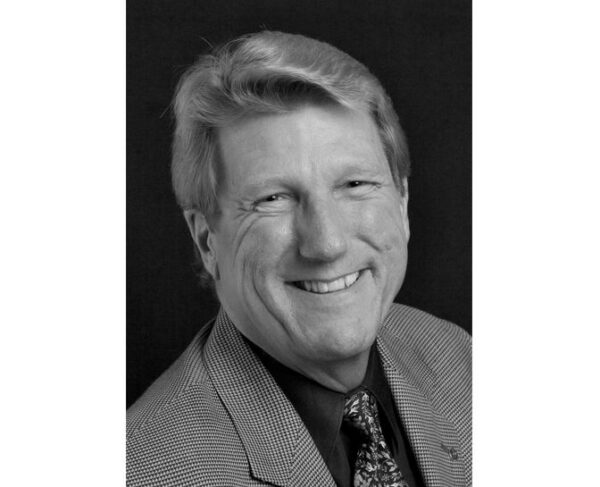 Funeral will be held at St. Rose of Lima Church in Paso Robles Jan. 7

– Todd William Corgill passed away at his home in Paso Robles from complications of metastatic esophageal cancer on Friday, Dec. 10, 2021, one month shy of his 72nd birthday.

Todd spent his early childhood in New York and Florida. His mother dreamed that he would be a concert pianist, and started him on piano lessons at the age of four. Todd loved to climb trees as a boy, and would sit at the top of a tree, just to look around. When his mother asked why he kept climbing trees, he said, “I have to.”

When his family settled in Annapolis, Maryland, he learned to race sailboats, and often raced the Intracoastal Waterway. He also enjoyed playing pool and snooker with his friends, and played bass clarinet in the Annapolis High School band and orchestra. He once skipped classes in high school to drive to the Smithsonian Air and Space Museum in Washington, DC.

He played league baseball growing up, and his love of the game continued through adulthood. He loved his San Francisco Giants. Todd also loved the game of golf, and would walk nine holes any chance he could get. His first job, at the age of fourteen, was working at a travel agency, selling airline tickets to the Naval Academy midshipmen.

Todd held a bachelor’s degree in Mathematics from Catholic University of America, and attended Lear Siegler Institute to learn computer programming. His programming skills landed him at the Electromagnetic Compatibility Analysis Center (ECAC), where computers are used to make the world’s radio waves and satellite transmissions compatible.

He later realized his gregarious personality would be better suited in sales, and he went to work selling computer chips all over the world for such companies as Sperry (Unisys) and Tseng Laboratories. His sales territories included such countries as England, France, Germany, Italy, Spain, Switzerland, Austria, Finland, Wales, Denmark, Sweden, Singapore, Taiwan, and Canada. When he was not working, he loved visiting and sailing with his brother, Paul, in the Virgin Islands.

After living in the cold climates of Pennsylvania and Minnesota, Todd moved to Santa Cruz, California in the early 1990s. He spent a couple of years caddying on the Monterey peninsula – sometimes for notable people. One such example was Dan Quayle.

Todd met his wife, Jeri Lynn Darswell Knott Corgill in 2007. They were both members of the choir for the Diocese of Monterey, which was providing the music for an ordination at Mission San Luis Obispo on that momentous day in June 2007. Todd winked at Jeri while walking past her, and that was the beginning of a deep love. They were married on Oct. 4, 2008, and Todd moved to Paso Robles.

Todd’s work life in San Luis Obispo County was one that was centered around service. In the early years, he held positions with El Camino Homeless Organization, and also Transitions-Mental Health Association. He was also head of the music ministry at St. Rose of Lima Church. Then, Todd moved on to working the registration desk at La Bellasera Hotel, and was hired as the night auditor for Allegretto Vineyard Resorts when it opened.

But Todd’s greatest passion was always travel. After a particularly eventful tour to Europe with the diocesan choir in 2013, he was encouraged by many to manage group tours for a living. And so, “Happy Pilgrims…Travel” was born, and Todd began leading multiple groups every year on pilgrimages to Europe and the Holy Land. He also led a few “musical pilgrimages” for Festival Mozaic devotees.

As a business owner, Todd was a member of the Paso Robles Rotary Club, Paso Robles Chamber of Commerce, and Main Street Association.

Todd is survived by his wife, Jeri (Paso Robles), brother Paul (Ft. Lauderdale), sister Janet (Berlin, MD), nephews Brian Yurek and John Yurek, brother-in-law Mark Yurek, and countless friends all over the world. He is predeceased by both his parents, and by his sister Kim.

Todd was a warm and gentle soul, and had a loving, generous spirit.

His funeral will be held at St. Rose of Lima Church in Paso Robles on Friday, Jan. 7 at 2 p.m., preceded by a Rosary at 1:30 p.m. Fr. Jason Taganahan, Fr. Cyprian Consiglio, Fr. Edwin Limpiado, Deacon Ed Callahan, and Deacon David Vargas will all officiate. A reception will follow the funeral at the St. Rose Parish Center. Todd’s cremains will be scattered at sea off the coast of Maryland.

Memorial donations may be made to one of Todd’s favorite charities in the area: Camaldolese Hermits of America (contemplation.com); The San Luis Obispo Mozart Festival Association (festivalmozaic.org); or Transitions-Mental Health Association (t-mha.org).