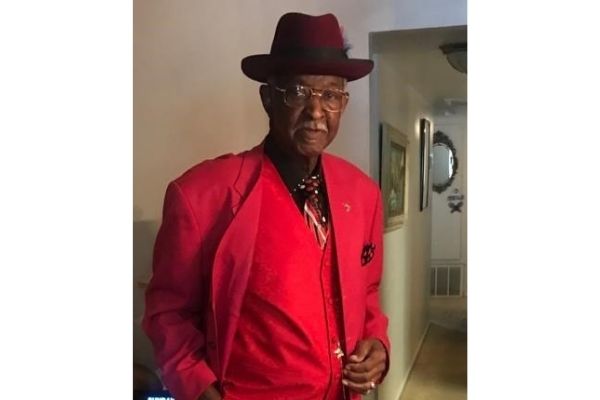 – Pastor Vern Hue Haynes, age 93 of Paso Robles, California, received his call to heaven on Friday, May 20, 2022, at 3:15 a.m. Passing peacefully in his hospital bed, he was ready to accept his final calling to be with his Lord and Savior.

Vern was born on April 20, 1929, in Ball Hills, Texas to the late Prince Albert Haynes and Nettie (Anderson) Haynes. He received Academic High School Specialty recognition in 1945. His family needed him and Vern made a sacrifice to begin working early to help his family survive. He worked the fields for five long years, and knew it was time to start a new journey.

Being a visionary and knowing that he wanted more out of life, Vern married his wife Ruth Ester Haynes on January 6, 1951, and enlisted in the US Army on January 16, 1951. He had two new bosses – his wife and the US Army! He served as an E6 Chef in the army and received accolades for delectable meals that he served in the army mess hall. Taking great pride in all that he did, Vern always donned his uniform with impeccable style. According to him, he was the sharpest soldier there was at Camp Roberts which was 17 miles outside of Paso Robles where he and Ruth started their new life together. Ruth made sure Vern understood that if they were to stay in Paso Robles, he would need to improve their standard of living by building a home for their future family. After completing his army contracts, Vern went to the next phase of providing for his wife and family. Yes, Ruth did get her house on the hill, right at the top of the hill from Culligan Water Conditioning Company!

In 1953 Vern became the first black man to work at Culligan Water Conditioning in Paso Robles where he was known as “The Culligan Man” for 39 years. People loved his personality and always knew he would have a joke and kind words to share with them. To top it off, Vern became a minister in 1959. The churches he served as Pastor included New Hope Baptist Church (Salinas), Mt. Olive Baptist Church (Orcutt), Grace Temple Baptist Church (Lompoc), Springfield Baptist Church (SLO), and True Spirit Missionary Baptist Church (Atascadero), the one he established (1990-2016) and was most proud of during his years as a Pastor.

Looking sharp in the army carried over into his position as a Minister of God. He always used to say, “Look your best; feel your best; do your best; and God will do the rest!” Anyone who saw Vern on Sundays or at special events knew they were going to see a man dressed to perfection. Vern had a passion for fashion and boy did he look sharp. He was the sharpest dressed man in the county. No brag, just facts!

He leaves behind his wife of 71 years, Ruth (Walker-Cole) Haynes; his two sons, Vern Jr. and wife Sandra of Paso Robes and Lester and his wife Leah of Balboa Lake; his three daughters, Terry and her husband Michael of Thousand Oaks, and Sheila and Dettra of Paso Robles. He was blessed to also have 10 grandchildren, 11 great-grandchildren, plus many family and friends who will miss his sense of humor and love of God!