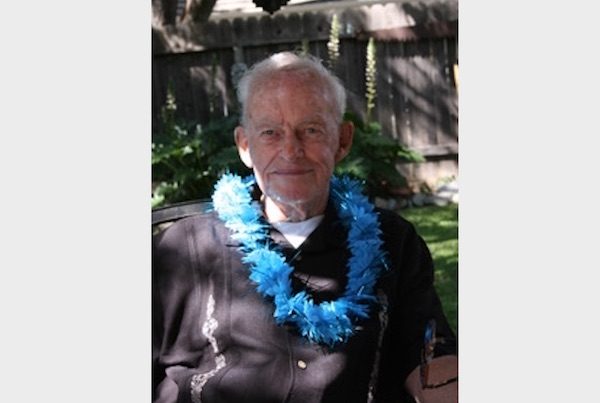 Ron was born in South Gate, CA., May of 1927, to his parents Frank Lucius Newton and Grace Eloise Newton (Kempton). He was also welcomed to this world by his sister Alberta Mae.

Ron grew up in Los Angeles, CA. He often told stories of his youth including his first introduction to earthquakes. It was 1933 and he was busy riding his tricycle when all of a sudden, the ground shook violently, knocking him clean off his trike.

Ron graduated from Gardena High School and earned a bachelor’s degree in engineering from West Coast University, in Los Angeles. He entered the U.S. Navy in 1945, was trained in Aviation Electronics and proudly served on the USS Pine Island (AV-12 Seaplane Tender). After receiving an Honorable Discharge, in 1949, he chose to sign up for military reserves. So, when the Korean Conflict began heating up in 1950, he was ordered back to active duty. Assigned to a patrol bomber squadron on a PB4Y-2, the Navy’s version of the Army’s B-24 bomber. In 1953, he was once again Honorably Discharged

Ron then began a career at Hughes Aircraft Company in Culver City, CA., that lasted 35 years. He was active in sports car rallies and owned a few classics including a 1953 MG TD and a 1956 Porsche Speedster. He belonged to the Four Cylinder Club of America, the Porsche Owners club and the Hughes Sports Car Club. Ron also had a passion for photography. Winning many awards for his photo entries.

It was at Hughes Aircraft where Ron met the love of his life, Marion Patricia Kennedy “Mimi.” They married on Aug. 18, 1956. Ron and Mimi lived in Westchester, CA. with their three children Jean, James and Edward. They moved to La Habra, CA. in 1957, to be closer to the new Hughes Aircraft Facility in Fullerton, CA. Soon two additional children were added to their family; Linda and Jeff. Ron and Mimi both had a love for the outdoors. This love took them to camp grounds (coastal, deserts and mountains) all over the western states. Each site provided them with special family memories, but Prairie Creek Redwoods State Park became their favorite. Ron retired from Hughes in 1987. Soon after he and Mimi traveled across the U.S. in their “Mini Winnie.” They moved to Paso Robles, CA. in 1997.