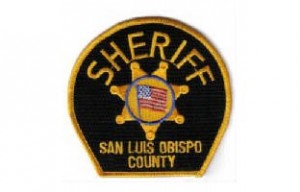 –Joshua Anthony Buttitta, a 30-year-old San Diego man died on Monday, May 30, after an off-road vehicle rollover at Lake Nacimiento northwest of Paso Robles. The driver of the vehicle, a Yamaha Rhino two person four-wheel drive vehicle, failed to navigate a dirt road turn. A passenger was not injured in the rollover incident.

Medical aid was requested for Buttitta at approximately 2:12 p.m. on Monday from the Cal-Shasta Club, a private property located on Soda Road, Lake Nacimiento, according to San Luis Obispo County Sheriff’s Office press release. Resuscitation efforts failed and the victim was declared deceased at the scene.

The passenger in the Rhino vehicle was not injured in the rollover, both parties are believed to have been wearing seatbelts at the time of the accident. California Highway Patrol is continuing to investigate the accident’s circumstances. Cause of death is under investigation by coroner investigators of the San Luis Obispo County Sheriff’s Office.