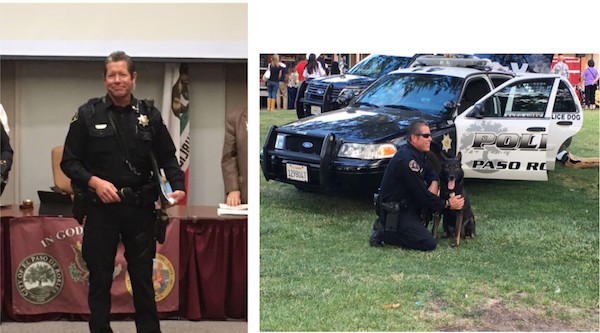 –On Aug. 23, after serving the residents of Paso Robles for 21 years, Officer Daniel B. Hackett officially retired. Mayor Steve Martin and the Paso Robles City Council honored Dan with a proclamation at the City Council meeting on August 21.

Hackett began his public safety career on March 1, 1995, as a police officer for the Placerville Police Department and joined the Paso Robles Police Department on May 18, 1997. During his tenure, he served as a Motor Officer, Detective and, most recently, a K-9 handler. Dan takes his K-9 partner Ar Mex along with him in his retirement.