Officer injured after responding to altercation at Centennial Park 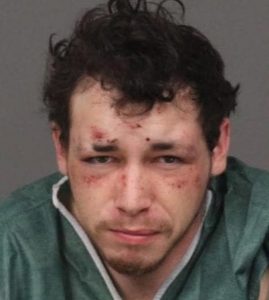 Cordel Cryer was arrested for being under the influence of a controlled substance.

–A Paso Robles police officer was injured Monday morning after responding to reports of an altercation at Centennial Park, according to reports.

Reports say the suspect, 23-year-old Paso Robles man Cordel Cryer, attacked another person with some type of blade at Centennial Park. The victim was taken to the hospital for treatment.

Once on scene, police say they determined Cryer was likely under the influence of a controlled substance and was taken into custody. The California Highway Patrol and the San Luis Obispo County Sheriff’s Office also responded.

An officer was injured during the altercation but was treated and released, reports say.

No other details are available at this time.