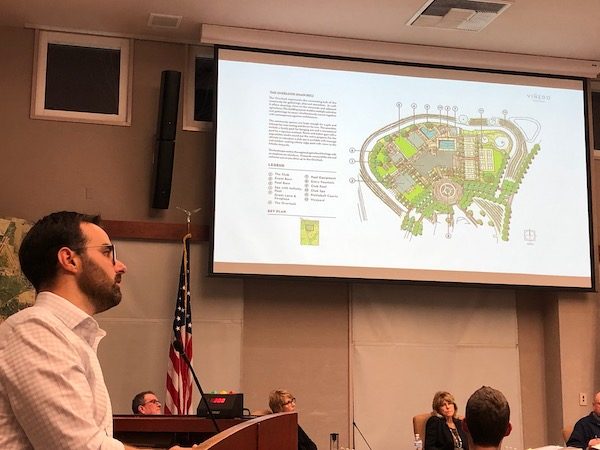 Southern California developer Danny Brose plans to build over 1,300 homes to on land stretching from Linne Road to Meadowlark. The construction would be done in three phases over 8-10 years.

Dr. Joe Kuntz of Paso Robles expressed concerns about traffic, particularly for emergency vehicles crossing the river between the east side of Paso Robles and downtown. He says there is no way the developer can mitigate the impact of 2500 additional cars.

Paso Robles Fire Chief Jonathon Stornetta said the city has acquired a site on Union Road for a 3rd fire station in Paso Robles. He says it would reduce the response time to residents on Paso Robles east side. Community Development Director Warren Frace said that the timing for construction of a new fire station is not known at this time, but it will be considered in the next budget.

After more than three hours of testimony, the Planning Commission voted unanimously on 16 staff recommended resolutions to move the development forward to the Paso Robles City Council for their consideration.