–The man who died in the rollover crash on Highway 46 on Monday morning has been identified as 83-year-old James Ginty, of Coronado California.

Ginty died in the accident, driving a 2002 Buick. The cause of the crash is still under investigation, although authorities say they do not expect that drugs and alcohol were a factor.

–On Monday at about 9:20 a.m., the Paso Robles Police Department received a report of a traffic collision with injuries at Highway 46 and Buena Vista. PRPD units arrived on scene and located two involved vehicles, a gray 2002 Buick and a red 2001 Ford Ranger. The driver of the Buick, an 83-year-old male out of Coronado, Ca, was found deceased inside his vehicle.

Drugs or alcohol do not appear to be a factor in this crash. The names of the involved parties are being withheld at this time.

Traffic on Highway 46 was affected for about two hours while emergency personnel cleared the roadway.

Anybody with information regarding this collision is encouraged to call the Paso Robles Police Department at (805) 237-6464. 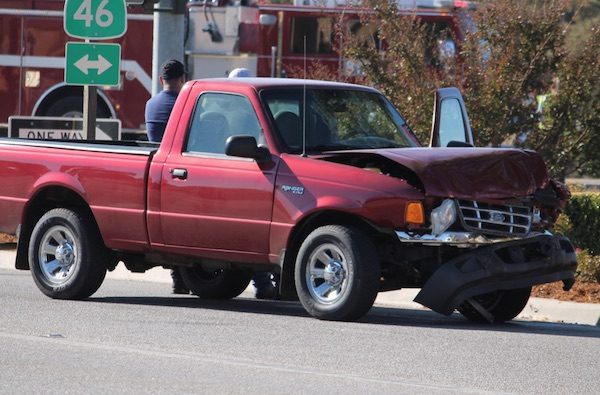 –Monday morning at 9:20 a.m., The Paso Robles Police and the Paso Robles Fire Departments responded to a call of a rollover traffic collision at the intersection of Highway 46 East and Buena Vista Drive. 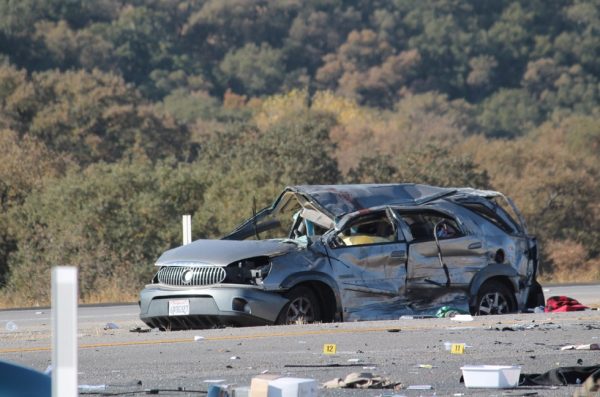 The Buick SUV involved in the crash reportedly rolled several times. Extrication was needed. There has been one confirmed fatality.

When emergency personnel arrived on the scene they discovered that two vehicles were involved, a gold Buick SUV and a red Ford Ranger. The Buick reportedly rolled several times. Extrication was needed. There has been one confirmed fatality.

Paso Robles police are currently on scene investigating. All westbound traffic on Highway 46 is funneled down to one lane. Police advise drivers to avoid this area.

No further information is available at this time. Updates will be posted as received.