Paso Robles News|Friday, December 2, 2022
You are here: Home » Atascadero » One dead after rollover collision in Atascadero

One dead after rollover collision in Atascadero 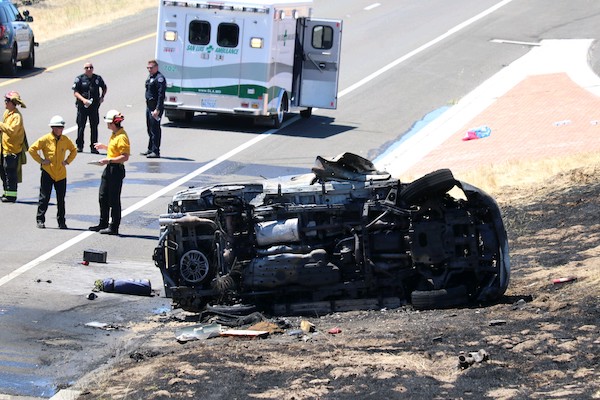 –On Sunday, July 5, shortly before 2 p.m., 20-year-old Burlingame Calif. resident Grant Cosko was driving a 2007 Lexus northbound on US-101 approaching Del Rio Road, within the city limits of Atascadero.

Cosko was driving the Lexus in the righthand lane when he suddenly swerved towards the right shoulder, according to reports. Cosko then turned the steering wheel abruptly to the left in an effort to re-enter the traffic lanes. This caused the vehicle to turn hard to the left. The Lexus continued to travel off the roadway, subsequently causing the Lexus to overturn onto the dirt and grass ascending embankment.

The Lexus rolled several times and finally came to rest upside-down facing in an easterly direction on the dirt and grass embankment. Several people stopped and assisted the driver and three occupants out of the vehicle. The passengers were 20-year-old Adam Joss of Menlo Park, 20-year-old Carter Norton of Redwood City, and 20-year-old Kyle Leventhal of San Mateo.

Shortly after everyone was removed, the Lexus became fully engulfed in flames. Cosko and the two rear passengers, Joss and Norton, all sustained minor to moderate injuries. The right-front passenger, Leventhal, sustained fatal injuries as a result of the collision.

At this time drugs and or alcohol do not appear to have played a factor in causing this collision. This investigation is still ongoing. If anyone has any information regarding this collision, please contact the Templeton CHP Office at (805) 434-1822. 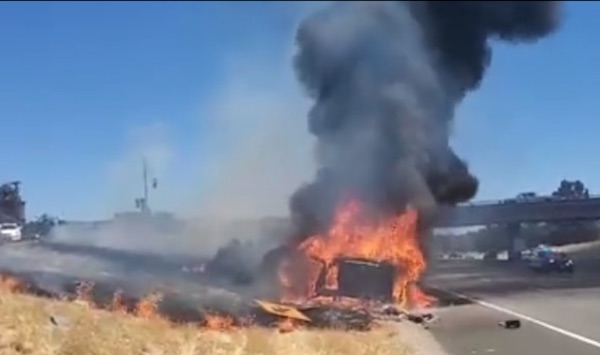