Updated: 20-year-old driver was speeding, may have been using cellphone, says CHP

Sims was driving his 2002 Ford Focus at a high rate of speed while traveling northbound on River Road (County of San Luis Obispo maintained roadway) approximately 1.75 miles north of River Oaks Drive, according to CHP. Sims failed to negotiate a curve to the left before losing control of his vehicle. The Ford Focus rotated in a clockwise motion as it slid across the roadway surface and impacted a wire fence while the vehicle began overturning.

Sims was not utilizing the occupant restraint system (seatbelt) and was subsequently ejected from his vehicle during the course of the vehicle rolling over, CHP says. As a result, he suffered major injuries and was transported via San Luis Ambulance to Sierra Vista Regional Medical Center located in the City of San Luis Obispo.

Sims may have been using his cellular phone while driving which may have been a contributing factor in this collision occurring, according to CHP. The collision is still pending further investigation.

One transported to hospital after rollover accident 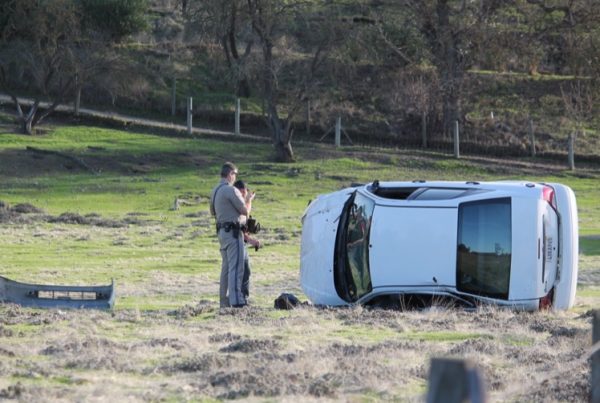 When emergency crews arrived on scene they discovered that a white Ford Focus rolled several times into a field along North River Rd., the sole occupant of the vehicle was transported via ambulance to an area hospital for treatment. The vehicle was traveling northbound. Law enforcement is investigating the cause of the crash. No further information is available at this time. 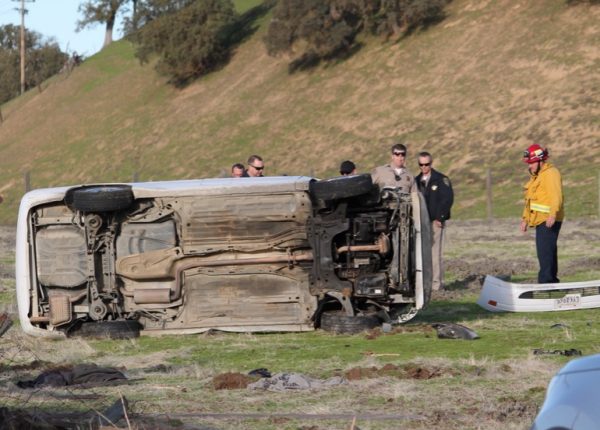 -Report and photos by Anthony Reed