It’s a timeworn cliché, but California really does lead in the nation in everything from technology to culture. Still, there are exceptions to this general rule, and groundwater oversight is one of them. Forty-eight states comprehensively regulate their groundwater reserves. California and Texas are the outliers.

No big deal, you say? To the contrary. Groundwater is the most pressing public resource issue facing California. We have just endured the third-driest winter in our state’s history. We could be on the cusp of a devastating drought, one that would strain our water delivery infrastructure and economy, and enforce drastic changes in the way we live. Water – including groundwater – has never been more important.

Most of the developed water in California is derived from melting snowpack in the Sierra and Shasta-Trinity Mountains. This water pools in the Sacramento/San Joaquin Delta, where it is pumped to the vast agribusiness complexes of the western San Joaquin Valley and South State municipalities. But California also contains expansive aquifers that supply farms and cities. Indeed, up to 30 percent of the water consumed in the state is groundwater. And during droughts – when surface water is scant or absent — groundwater sustains us.

But groundwater is a finite resource. It already is exploited excessively, and water tables are falling in many places because recharge is not keeping up with withdrawals. Worse, efforts are underway to transfer control of our aquifers from local and regional stakeholders to centralized state and corporate interests by creating water districts that enable the export of groundwater beyond the boundaries of overlying lands. This has created largely unregulated water markets that operate solely for the benefit of a handful of wealthy privateers with no consideration for either the resource or the farms and cities reliant on groundwater.

A particularly contentious battle is shaping up in the Paso Robles Groundwater Basin (PRGB) in northern San Luis Obispo County and southern Monterey County. Underlying about 500,000 acres and containing up to 31 million acre feet of water, the PRGB is one of the largest aquifers west of the Rocky Mountains. It is the primary source of water for a burgeoning wine grape industry and thousands of Central Coast residents. It is also subject to excessive pumping. Between 1997 and 2013, the aquifer’s water table dropped by 70 feet in some locales.

But that’s just part of the problem. Indeed, the larger issue is just who or what will control the PRGB. The State Water Resources Control Board is angling to establish its ultimate authority over the Basin. The rationale, of course, is that groundwater is a resource of such overriding importance that a large public agency must determine its proper disposition. However, the state repeatedly has demonstrated its susceptibility to pressure by powerful private interests– especially when it comes to water. The State Water Project, for example is managed to appease Kern County corporate farmers, water speculators, and the large municipal water districts of the south State. The demands on the SWP have long exceeded its capacity, and ratepayers are given short shrift. We therefore must view overriding state control of our groundwater basins with great skepticism. 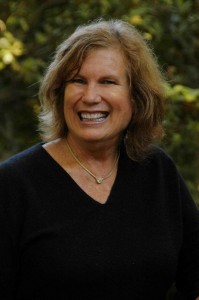 Indeed, recent efforts by large water districts to impinge on the PRGWB already have begun. Both the Metropolitan Water District of Southern California and the Eastern Municipal Water District have demonstrated great interest in storing “excess” contracted state water in the PRGWB through the proxy of established water districts. Why would this be bad? By “parking” their water in the Basin, large, powerful water districts and water privateers could then claim their rights to the aquifer’s water supersede the rights of overlying landowners. In effect, the PRGWB would become a resource managed jointly by Sacramento bureaucrats, the state’s largest water districts, and powerful water speculators. Once again, small property owners and ratepayers would be left high and dry.

So what can we do? The solution to our problem lies in a single word: adjudication. When numerous stakeholders withdraw water from a given aquifer, they can ask the courts to affirm the rights of the various consumers to the basin’s water. Adjudication involves detailed aquifer mapping, so the “safe yield” of the basin can be determined and withdrawals adjusted accordingly. Typically, the courts appoint “watermasters” to ensure their decisions are fully implemented.

Adjudication accommodates the needs of individual stakeholders within aquifer limits. It protects the rights of individual stakeholders and maintains the sustainability of our scant and precious groundwater resources. So, far 22 groundwater basins have been successfully adjudicated in California. We must ensure the PRGB benefits from the same process.

–Carolee Krieger is the co-founder and executive director of the California Water Impact Network, a group dedicated to the equitable and sustainable distribution of the state’s water resources.  For more information, call (805) 969-0824 or visit www.c-win.org.