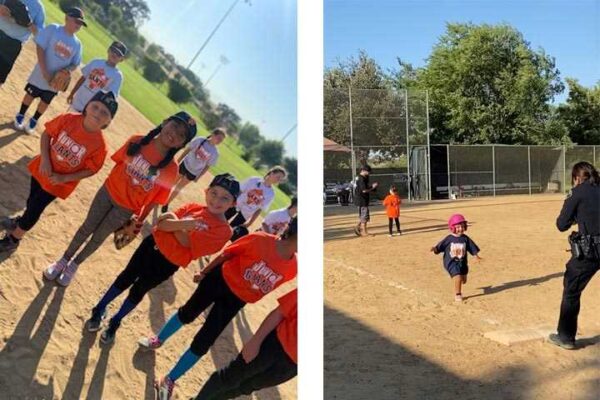 –Opening Day for the Paso Robles Junior Giants team kicked of the new season last week. There was a great turnout of parents and kids who were all eager and excited to get their gear and start playing.

Opening day began at 5 p.m. last Friday with league commissioner Tony Ruiz introducing all of the coaches to parents and kids. After that, coaches organized the kids by team and division and they each got to walk out onto the field. Ruiz then delivered a welcoming speech, introduced Paso Robles Police Department Commander Steven Lampe who spoke to the kids and parents and then the national anthem was played. 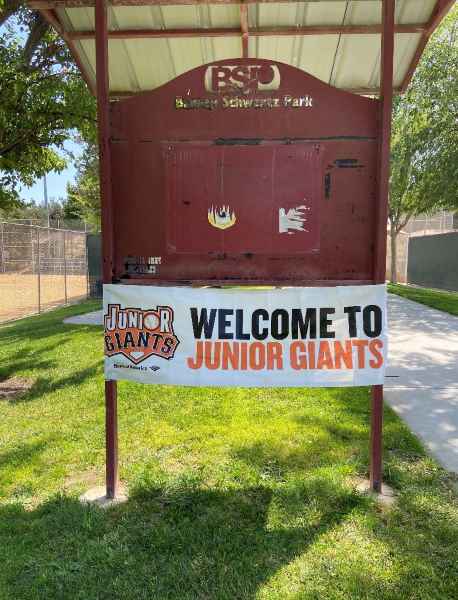 After these first games, more T-Ball teams took the fields and the major division also took the field. At Junior Giants they do not keep score since they are a non-competitive league.

This season they had over 200 kids sign up to play and 30 volunteers. They have also seen a great increase in the participants in the softball side of their league. There were a lot of siblings enrolled in the programs who had all of their family members out cheering them on.