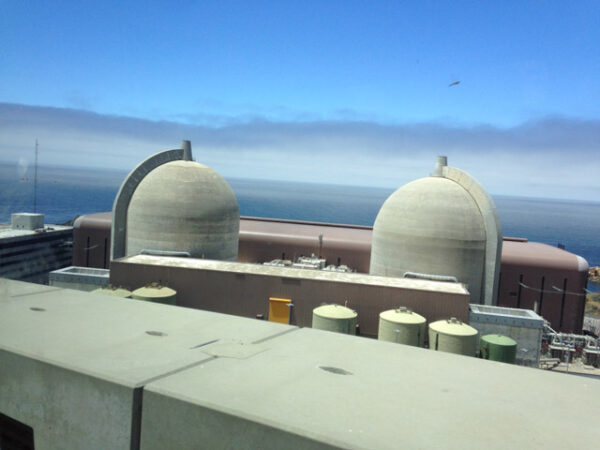 – Gov. Gavin Newsom is reportedly considering extending a lifeline to the Diablo Canyon Power Plant, California’s last operating nuclear power plant. He should do so. Diablo Canyon is the single-largest generator of zero-carbon energy in the state. The only thing the plant requires to continue operating is political leadership on the part of the governor.

Institutional environmentalist groups, which came of age largely before climate change was widely recognized as a global threat, have been pressuring governments to shut down zero-emissions nuclear power plants for decades. Former New York Gov. Andrew Cuomo allied with environmental groups to shut down the Indian Point power plant in 2020, which resulted in immediate increases in both carbon emissions and electricity costs. The Natural Resources Defense Council has led the activist movement to shut down Diablo Canyon.

But some political leaders are bucking this trend and making real efforts to keep existing nuclear plants online. Newsom should follow their lead.

The Diablo Canyon nuclear plant on the coast of San Luis Obispo County generates almost 9% of the state’s total electricity and does so profitably. It does not require financial rescue by the federal government. Nonetheless, the plant is scheduled to shut down within three years.

Why? Because Diablo Canyon has lacked the support of political leadership.

Newsom previously supported retiring the 2 gigawatts of zero-carbon power provided by Diablo Canyon. And in 2016, the California Public Utilities Commission brokered a deal with the state’s largest utility, PG&E, and a coalition of environmental groups, alleging that the state could replace Diablo Canyon’s generation with zero-carbon power from renewables.

If that had been feasible, it would have amounted — at best — to a standstill in California’s clean-energy goals. But it never was feasible. A recent Stanford University report estimates that closing Diablo this decade will result in 10% higher carbon emissions in California through 2035.

This, combined with the hundreds of jobs supported by the operation of Diablo Canyon and the lack of any other pollution from the plant, might explain why keeping the plant open enjoys strong support from local elected officials, the local electrical workers union and clean-energy activists.

Earlier this year, dozens of scientists wrote an open letter to Newsom urging him to reverse the scheduled closure of Diablo Canyon. “We are convinced it is impossible to replace the carbon-free electric output of Diablo Canyon at or near the time the plants are scheduled to close,” wrote the scientists, including two former U.S. energy secretaries.

But as the story of Diablo Canyon up until now shows, support from scientists and the local community is not always enough to overcome the influence of anti-nuclear ideology.

California has an opportunity to lead. With expectations for an electric power capacity shortfall and the stalling out of renewables deployment across the state, extending Diablo Canyon’s license may become not just the climate-smart option but a necessary one to keep the lights on. The state Assembly and Senate should immediately hold hearings to explore policy options for keeping the plant online.

Several parties requested an extension to the application deadline and Newsom’s office requested adjustments to the federal program to suit PG&E’s needs.

But the linchpin in any effort to keep Diablo Canyon online will be leadership from the top. Even if changes are made to the federal program and Diablo Canyon does get those funds, the real challenges still remain: securing waivers from the State Water Board, amendments or cancelation of the agreement to shut down the plant, and reinitiating the license extension process with the Nuclear Regulatory Commission.

Newsom has an opportunity to show political bravery by paying less attention to the environmental lobbyists in his backyard and more attention to climate leadership from President Biden and Secretary Granholm.