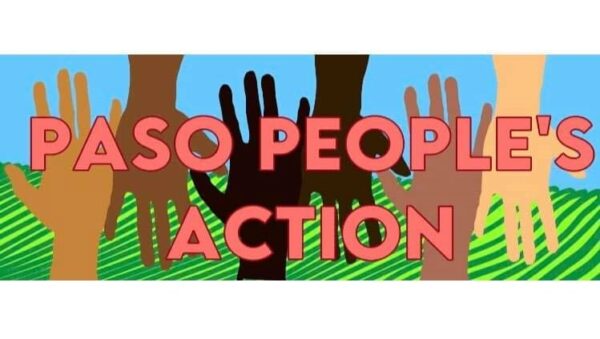 Paso People’s Action, the progressive grassroots organization seeking to create a Paso Robles for all, is celebrating Cesar Chavez Day this week.

The holiday celebrates Chavez, the labor leader and civil rights activist known for founding the United Farm Workers (UFW) and leading the successful Delano grape boycott. His efforts have inspired others to fight for their labor rights across all areas of work into today.

“Chavez’s legacy lives on with us and the work we do,” said Yessenia Echevarria, co-founder, Paso People’s Action. “Like him, we believe in empowering the people to create good for everyone in the community from quality education access to support in uncertain times like during the pandemic.”

The Paso People’s Action team also noticed a coincidence this week as they were reading more about Chavez and his involvement in the California Rural Legal Assistance, a non-profit founded to serve rural communities with funds from President Lyndon Johnson’s Great Society. The labor leader attended the very first meeting in 1966, and the organization in the 56 years since has gone on to represent members of the LGBT, farming, immigrant, family, and student community.

CRLA can also count Paso People’s Action as part of their success stories too, forging a unique connection with Chavez. As was reported on last year, CRLA and Paso People’s Action in conjunction with the US Department of Education opened an investigation on the grounds of discriminatory treatment against Latinx and limited-English proficiency (LEP) parents. For members of Paso People’s Action, this represents a source of pride.

“By fighting for a Paso Robles for all, creating equity for students, and giving the voiceless a space to speak, we feel as if we are continuing on Chavez’s legacy,” says Martha Jimenez, Paso People’s Action member. “His story is inspiring and pushes us to continue fighting for what is right.