Paso Robles News|Wednesday, September 28, 2022
You are here: Home » Opinion » Opinion: Is drug use a victimless crime?

Opinion: Is drug use a victimless crime? 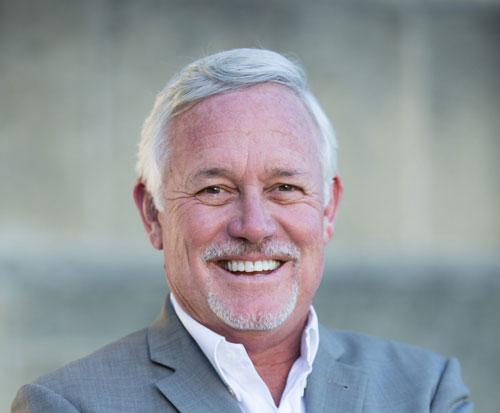 –Three Heritage Ranch residents were recently charged by San Luis Obispo County District Attorney Dan Dow with the tragic death of a 7-month old infant due to methamphetamine and fentanyl poisoning. On June 4th in Indianapolis, Crystal Martin admitted before a court to giving her three-year-old son Johnathan Johnson two 100mg pills of Zoloft, an antidepressant drug, before leaving him unsupervised to play near a creek, where he was found face down in four feet of water.

Many people are against incarcerating people for drug use because they believe drug use is a “victimless crime.” But child deaths like these are not isolated cases and the abuse or death of a child due to parental drug use is certainly not “victimless.” Drug and alcohol abuse, especially by parents, profoundly affects all of us. Drug overdoses alone killed a record 80,000 plus last year, leaving approximately 820,000 parents, grandparents, and friends to suffer immeasurable grief. Furthermore, all of the people who love the 40 million Americans currently struggling with and disabled by, substance use disorder, are also victims.

Our current system that addresses the consequences of drug use, including homelessness, requires a shocking amount of financial and human resources including, but not limited to, shelters beds, hospital care, mental healthcare, long and short term treatment, law enforcement and prisons, paramedics and firefighters, social workers, and homes for abandoned children. In some locales, taxpayers now employ one “homeless services” coordinator for every three unsheltered persons. There are many people struggling to keep a roof over their head, but for the vast number of people living unhoused, a roof does not begin to address their very real health problems.

California state data shows that the majority of people living unhoused suffer from an untreated mental illness, substance use disorder, or both. According to the National Institute on Drug Abuse, nine of every ten people suffering from the incurable chronic brain disease called addiction began using drugs or alcohol before age18. Until K-12 prevention occupies the lion’s share of resources expended, the cycle of disability that results in “homelessness” will never be broken.

Consider for a moment how we feel when we are told that leaving a person on the side of the street with their worldly belongings in plastic bags is “the best that we can do’.” It’s reasonable to expect that one of the wealthiest communities in the world would ensure that substance-disabled people are guided into long-term residential treatment and aftercare. Since 2016, San Luis Obispo County has been able to provide assistance through Laura’s Law, which provides such care for people suffering from drug-induced schizophrenia or bipolar disorders.

It’s similarly reasonable to expect that one of the most advanced countries in the world would choose to prevent the early adolescent substance use that leads to addiction. The United States represents only 4.5-percent of the world’s population and yet, it’s estimated that it consumes 50-80-percent of the world’s drugs. Are we content to simply accept the high rate of addiction as a natural consequence of hedonism fed by greed and creative marketing? Or can the most compassionate and cost-effective solution be found in the robust protection of our youth?

Due to normal human brain development, youth are inclined to both peer pressure and risk-taking, which can include drug use. During adolescence, our unused brain synapses shrink and those that remain are strengthened. This puts teens at risk of unwittingly training their brains to become dependent on the chemical reactions caused by drug use. And, regardless of which drug- nicotine, alcohol, marijuana or prescription opiate- an adolescent uses first, the likelihood that they will use another drug is increased.

Addiction is an early onset adolescent disease, not a character flaw. Therefore, we must stop stigmatizing people caught in the cycle of addiction and get them into treatment because it’s the only debilitating and deadly disease for which people don’t usually want treatment. Drug legalization robs us of the tool that courts need to give people a “nudge from the judge.” Though never curable, addiction can be managed, and people can regain their functionality. There is always hope.

Most importantly, we must invest in real primary prevention, which means reducing the demand for drugs and alcohol created by normalization and widespread commercial exposure in the faces of youth. Over time, this strategy will reduce the rate of substance use disorder that negatively impacts 50-percent of families, and results in hundreds of thousands of us living unsheltered on public property.