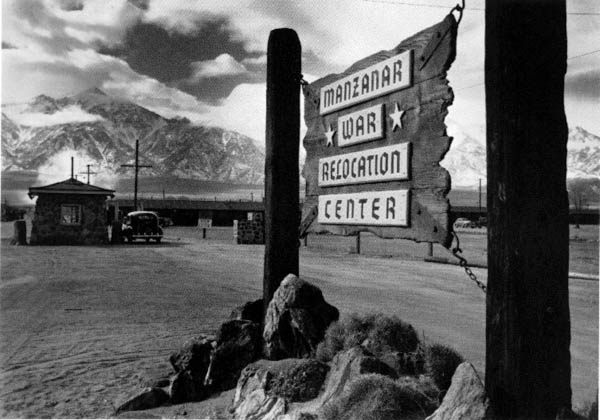 The internment camp for Japanese Americans at Manzanar, Calif.

[Note from the Editor: On Dec. 7, 1941 the Imperial Japanese Navy launched a surprise naval and air attack against Pearl Harbor, which led to the United States’ entry into World War II. Pres. Roosevelt famously described Dec. 7 as “a date which will live in infamy.”]

Dec. 7 for Japanese Americans who remember World War II is always a date that is filled with dark emotions. On one level as Americans, our country was attacked by a foreign power and the United States was brought into the war. On a level specific to our community, Dec. 7 evokes the memories of the government moving against our families without charge and without trial. 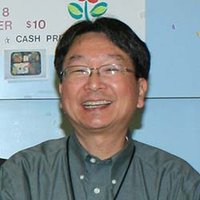 My grandfather was an immigrant from Japan who was publisher of the local newspaper, the Rafu Shimpo. The FBI came to his house on Dec. 7 and took him away. He was never charged with a crime (to my knowledge), but was held well into 1946. He was never the same person and died in 1950. The Japanese attack on Pearl Harbor also led to overt prejudice against anyone of Japanese ancestry, culminating with President Roosevelt signing Executive Order 9066 on February 19, 1942. That executive order led to forced removal of thousands of Japanese Americans from their homes and businesses on the West Coast and Hawaii. Over 120,000 persons of Japanese ancestry were unfairly incarcerated by the U.S. Government, 110,000 in ten major concentration camps in seven different states.

Beyond that, for Japanese Americans living in Hawaii, the attack on their state and their country was personally painful in other ways. Former U.S. Senator Daniel Inouye was a young student hoping to become a doctor when the attack happened. Like so many other Japanese Americans, Inouye immediately wanted to volunteer and fight for the U.S. armed forces. But Inouye and Japanese Americans were given a government designation: 4C. That meant the government considered Inouye an “enemy alien” and not a citizen. Eventually, the War Department relented and out of Hawaii came the 100th Infantry Battalion (mostly made up of those in the Hawaii National Guard) and the famed 442nd Regimental Combat Team.

Those two units ended up being the most decorated for their size and length of service in the history of the U.S. Armed Forces. Daniel Inouye became a captain with the 442nd, but lost his right arm in combat. He eventually was presented with the Medal of Honor by President Clinton in 2000. (For reference, look up the National Veterans Network to see how these Japanese American soldiers were presented with the Congressional Gold Medal in 2011.) Also, President Reagan signed the Civil Liberties Act of 1988 into law which provided an official apology and redress for many (but not all) unfairly treated during the war.

Growing up, many Japanese Americans of my generation (I was born in 1952) were nervous whenever December 7th came around. We were the likely targets for taunting or worse whenever this day came up, even though our community had fought so valiantly during the war in both Europe and the Pacific (Japanese Americans served in the Military Intelligence Service).

As the generations have passed, the feeling of fear for Dec. 7 has subsided for Japanese Americans. But those of us who know our history will always remember that it was on this day, our community was unfairly targeted by its own country and the repercussions of that prejudice would last decades.

Chris Komai was formerly the Public Information Officer for the Japanese American National Museum. He serves as president of the Little Tokyo Community Council in Los Angeles.