Paso Robles News|Friday, January 15, 2021
You are here: Home » Opinion » Opinion: School board member should resign for denial of systemic racism

Opinion: School board member should resign for denial of systemic racism 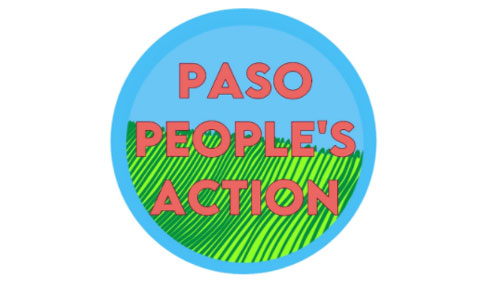 In response to Christopher Arend’s opinions on systemic racism

School district board members have a unique position in their communities, granted with the responsibility to help educators mold young minds of the future. Unfortunately, recent events in the United States including the unjustified slaughter of George Floyd and the politicization of the school system due to the COVID-19 pandemic have rendered this unique position under attack — and the latest — an assault from Paso Robles School Board Member Christopher Arend on clear social challenges that are tearing at the fabric of America, are consistent with these issues.

Make no doubt, Mr. Arend has every right to express his opinion as a citizen of the United States of America and as a resident of San Luis Obispo County. Given his position in the community as school board member and advisor to the diversity committee, it also presents a considerable concern, especially as minorities have been especially hard hit by COVID-19 — in addition to the ongoing systemic racism that exists in the school system, professional circles, and racist generalities presented by President Donald Trump in his appeals to the base (“Build that Wall!” comes to mind).

While Mr. Arend makes a concerted effort to align with the dictionary definition of racism to employ his points, most illuminating is his conclusion for the logic towards white guilt is flawed. It reads:

Though simplistic, this is the cherry-picked argument that citizens such as Mr. Arend have used during these tough times to absolve guilt. He follows this up by questioning why we don’t address gangster sub-culture, broken families, fatherless homes — all without considering the historical success of Tulsa and Manhattan Beach — which by the way, were eliminated through violence or in President Nixon’s case, purposely funneling in drugs to unfairly tip a justice system.

Alas, it’s easy to understand why Mr. Arend might not be cognizant of any of this — it’s likely that he or his family has never suffered from the consequences of red-lining, endured the racist epithets schoolchildren heard on their way to class, or experienced housing discrimination — having instead chosen to be a corporate finance lawyer (and in Europe), enjoying the air-conditioned foyers of courthouses and corporate board rooms alike.

But what Mr. Arend has missed in exposure, he makes up with an alignment on the side of power, where his voice matters — especially as a member of the school board. As a member of his own cited statistic that whites make up 61% of America, he is firmly in the majority of a country where only 51% of agreement is needed to pass most anything. In a region of the country where many of his constituents, including a diversity of families and children, depend on his steady hands to show fairness and provide an education to solve the challenges of our society, Mr. Arend can do more:

And so, the alternative as a minority is to call out the power brokers that are — Mr. Arend included — and those who perpetuate the systemic racism that continues to afflict minorities everywhere. The real proposition is:

Dictionary definitions and academic discourse aside — which Mr. Arend both defends and seems to abhor in his treatise — there is real work to do in Paso Robles and beyond, especially as a new school year begins and challenges lie ahead. If Mr. Arend wants to deliver for all Paso Robleans through his participation on the school board and in the diversity committee, the canvas is his to paint upon a hopeful future for all.

If instead, he believes the challenges that befall us are fake and instead echoes the power brokers that he can directly influence — while taking on committee roles he is neither qualified nor seemingly fit to participate within — he can do all of us minorities and allies in Paso Robles a favor and resign.

Paso People’s Action is hosting a “Chalk and Talk” event this Friday at 6 p.m. at the gazebo in the Downtown Paso Robles City Park.
Share this post!