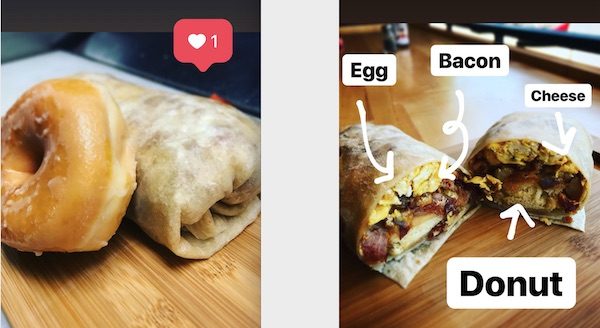 –Orale Taqueria in Paso Robles will be bringing back their donut burrito Friday June 7 for National Donut Day. The burrito will be available for one day only!

After introducing this twist on the classic breakfast burrito and selling out in 2018, Orale has decided to bring it back for National Donut Day on Friday.

A donut burrito is a breakfast burrito with eggs, bacon, a splash of hot sauce, and a glazed donut rolled in a warm flour tortilla.

Husband and wife duo, Joel and Kristin, opened the doors to Orale Taqueria in January of 2016 and never looked back. Being from Jalisco, Mexico and having managed a restaurant for ten years, Joel says he was thrilled to open his own Mexican restaurant in Paso and share his love for food and bringing people together.