Over a hundred citizens attend ‘Paso Night Out’ 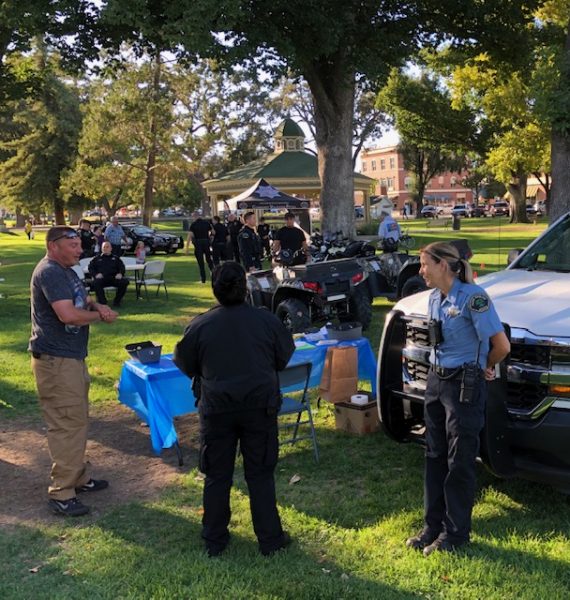 –Paso Robles Police and Fire Departments conducted a “Paso Night Out” Tuesday evening at the Downtown City Park. More than one hundred citizens stopped by the park to admire equipment and police vehicles. The canine unit bought a German Shephard to the city park and conducted a demonstration. The Regional SWAT team brought their Bearcat, an armored vehicle designed to neutralize an active shooter. 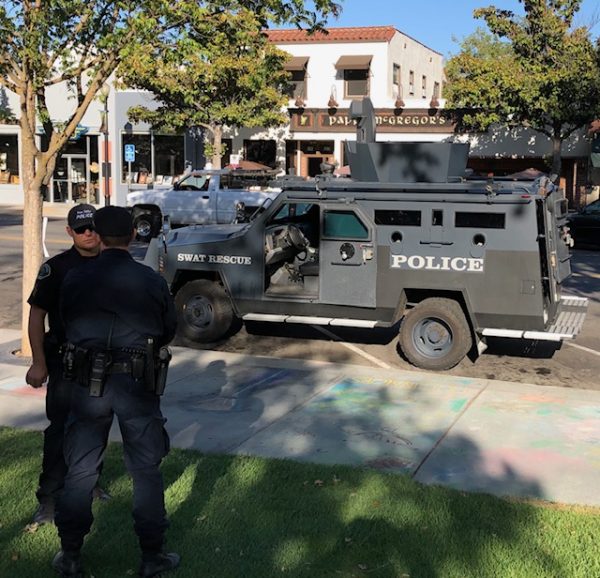 The Regional SWAT team brought their Bearcat, an armored vehicle designed to neutralize an active shooter.

About a dozen off-duty police and fire-fighters showed up in uniform to answer questions from the public. Some barbecued hot dogs and offered soft drinks to families and locals who stopped to see all the equipment, vehicles and activity in the downtown city park.

Paso Robles Police Chief said, “It’s kind of like an Open House in the Park. This event is for the community.” 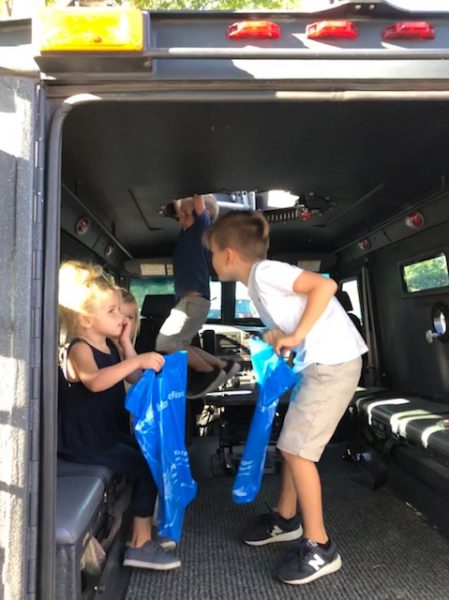 Kids playing in the Bearcat.