Over $1 million raised for cancer charity at Paso Robles event 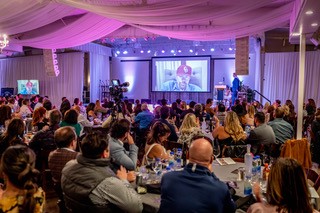 Country music star Toby Keith, although not in attendance, was honored at the second annual event.

– This past weekend in Paso Robles, country music star Toby Keith, although not in attendance, was honored at the second annual Strike Out event hosted by SabesWings. The weekend event highlighted the celebration of the musician and his contributions throughout the years to cancer patient support programs. 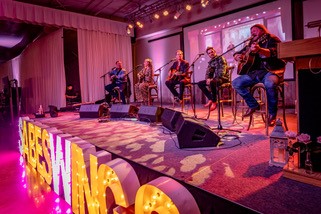 Although Toby Keith could not attend, he did send a heartfelt video that was played to guests and media in attendance (watch below). 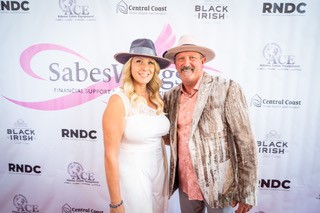 Guests were entertained by music from Tim Nichols (songwriter for Tim McGraw), Patrick Davis, singer-songwriter, musician, and record producer who has written and produced songs for Lady Antelbellum, Hootie and the Blowfish, and Jewel, among others. He led the stage in a stellar performance along with his fiance and fellow singer-songwriter, Lauren Jenkins. Also taking the stage alongside them was singers and, songwriters, Michael Tyler, and Channing Wilson.

The annual charity fundraiser was hosted by founders, former professional all-star MLB baseball player and World Series MVP Bret Saberhagen and his wife Kandace Saberhagen. All proceeds from the 2022 two-day event will directly go to the Saberhagen’s cancer charity.