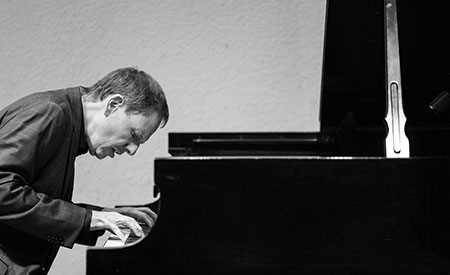 The Gala Concert will take place at 7:30 p.m. on Saturday, Nov. 6 at the Cass Winery

– The 2021 Paderewski Festival returns to live concerts, open to the public in various venues in and around Paso Robles, on Nov. 5-7. Paderewski Patrons and Friends of Paderewski passes as well as general public tickets are available at www.paderewskifest.com.

The Gala Concert will take place at 7:30 p.m. on Saturday, Nov. 6 at the Cass Winery. Pianist Kevin Kenner will perform a program of works by Chopin and Paderewski. Maestro Kenner comes to Paso on the heels of his performance at the opening of the prestigious Chopin Competition in Warsaw, where he also served as a 2021 juror.

Recognized as one of the foremost Chopin interpreters of our time, Kevin Kenner was the top prize winner in the 1990 Chopin Competition in Warsaw, as well as in the Tchaikovsky and the Terrance Judd Competitions, among others.

Born in California, Kenner was introduced early to the classical music traditions in Poland and as a teenager studied in Kraków with Ludwik Stefański, one of Poland’s most distinguished pianists. Returning to the U.S., Kenner continued his studies with Leon Fleisher at the Peabody Conservatory in Baltimore and worked with Leonard Bernstein at the Tanglewood Music Center. Stanisław Skrowaczewski, who frequently performed and recorded with Artur Rubinstein, described his concert tour collaborations with Kenner as the most sensitive and beautiful he remembered.

Kevin Kenner has performed and recorded with violinist Kyung-Wha Chung and concertized with the Tokyo, Escher, Belcea, Mosaiques, Apollon Musagete, Endellion and Vogler Quartets. In addition, he has frequently been invited to appear at the Verbier Festival and Warsaw’s Chopin and His Europe Festival. A noted recording artist, Kenner’s interpretations of works by Paderewski and Chopin were selected as recordings of the month by the Gramophone Magazine. Other Kenner recordings were heralded by Diapason, Fanfare and Polish National Radio. After teaching for more than a decade as professor at London’s Royal College of Music, Kenner accepted a post at the University of Miami’s Frost School of Music, where he continues to prepare young and talented pianists for international performance careers. He has served as juror at the Busoni Competition in Bolzano and at the Chopin International Competition in Warsaw, among many others.

Throughout his career, Kevin Kenner’s artistry as a concert and recording artist was praised by magazines and media outlets. The Gramophone Magazine wrote of “Kenner’s sense of the long line and overall architecture” in Chopin’s late works and noted that “His approach to Paderewski’s music reveals long acquaintance and great affection, with beautifully judged rubato and beguiling intimacy.” While Le Nouvel Observateur noted that, “If we only discover one pianist during this year of Chopin, let it be Kevin Kenner,” The Washington Post summed it up best by reporting that, “His recital revealed an artist whose intellect, imagination and pianism speak powerfully and eloquently.”

Frederic Chopin’s Andante spianato et Grande polonaise brillante was completed after Chopin settled in Paris in 1831. It is a glittering virtuoso work written by a young pianist, confident of his incredible skills as a composer and infallible keyboard technique. Before the April 1835 Paris Conservatoire concert where Chopin would perform this Polonaise with orchestra, he decided to add a solo introduction. The Andante spianato was permanently joined to the Polonaise when both were finally published in 1836. Since that time, this work has been performed almost always as a solo piece.

Also published in 1836, Chopin’s Ballade No. 1 is an extended piano composition inspired by the poetry of Adam Mickiewicz, one of Chopin’s closest friends and a fellow exile in Paris. The Ballade’s stern introduction sets the scene for a gently lilting tune that almost literally mimics a spoken narrative. It is interwoven with episodes of great contrast, charm, and brilliance before a splendid climax is reached and a precipitous coda ensues. Robert Schumann’s reaction to this exceptional music was telling, “It would inspire a poet to write words to it.”

Ignacy Jan Paderewski’s relatively modest catalogue of compositions can be explained by the fact that once his whirlwind concert career took off in 1888 after his Paris debut, he hardly had time to write music. In the early and mid-1880s Paderewski composed several cycles of short salon pieces that proved very popular with the public. They include Six Humoresques de Concert Op. 14 dating from 1887 and arranged in two groups: “A l’antique” and “A la moderne.” The first set explores eighteenth century genres, and opens with Paderewski’s most famous composition, the Menuet. It is followed by a charming and wistful Sarabande and ends on a virtuoso pastiche, Caprice genre Scarlatti. The second set opens with a witty (and more “modern”) Burlesque, followed by the Intermezzo polacco and ending on a vigorous Cracovienne fantastique that rivals Paderewski’s Menuet in its enduring popularity.

Dans le désert—Tableau musical en forme d’une Toccata pour piano, Op. 15, was published in 1889 in Berlin. It is a more substantial and rather ambitious work that seeks to evoke exotic and coloristic effects from various piano registers. Interestingly, no sketches of this work survive and to this day the Toccata is very rarely heard in public.

In view of his pianistic reputation resting in a large part on Chopin’s repertoire, it is interesting that Paderewski’s Op. 16 Nocturne is the only work in this genre written by him. Written around 1891, it was dedicated to Princess Rachel de Brancovan, Paderewski’s very close friend in Paris, before he married Helena von Rosen Górska in 1899.

Before the Nov. 6 Gala Concert, starting at 6 p.m. Patrons and Friends of Paderewski are invited to a complimentary Central European-themed meal prepared by Cass Kitchen Catering. The menu will feature Chicken Kiev, Schnitzel, Bigos, Pierogi and other Central European culinary delights. The general public is invited to purchase the meal together with their festival tickets.

Festival Passes: Friends of Paderewski: $250. Includes priority seating at all events, complimentary food and wine on Saturday, Sunday private brunch, and guaranteed space should the audience size be limited due to any changes in SLO County health regulations. Paderewski Patrons: $500. Includes all of the above amenities, plus an exclusive dinner with the Gala artist on Friday night. The 2021 festival pass pricing remains unchanged from previous years.

For more information, go to www.paderewskifest.com, email paderewskifestpaso@gmail.com, or call (805) 235-5409.