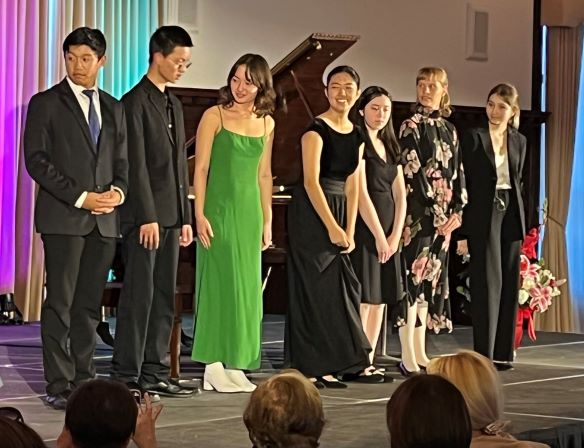 Events held throughout Paso Robles over the weekend

– The Paderewski Festival returned to Paso Robles over the weekend with events Friday, Saturday, and Sunday. On Friday, the Cracow Golden Quintet performed at the Park Ballroom. Like most of the performances, that concert was open to the general public.

Suri Kim attends Orcutt Academy High School. She is 14 years old. As a winner of the Golden Key Music Festival Competition, she performed earlier this year at the Lincoln Center in New York.

Sixteen-year-old Andy Shen has competed in the Youth Competition since 2016. He is an 11th grader at San Luis Obispo High School. He was the first-place winner at the Philadelphia International Music Festivals concerto Competition in July. He’s also performed with the Symphony of the Vines Spotlight Series.

Alexander Chen won the Senior Division Competition at this year’s Paderewski Festival. The 15-year-old 10th grader attends University High School in Fresno. He recently relocated from Indiana after winning competitions at Purdue University and other competitions in Indiana.

The young winners performed at 4 p.m. Saturday afternoon. Marek Zebrowski of USC said that the jurors were impressed with their ability and the complexity of the performances. 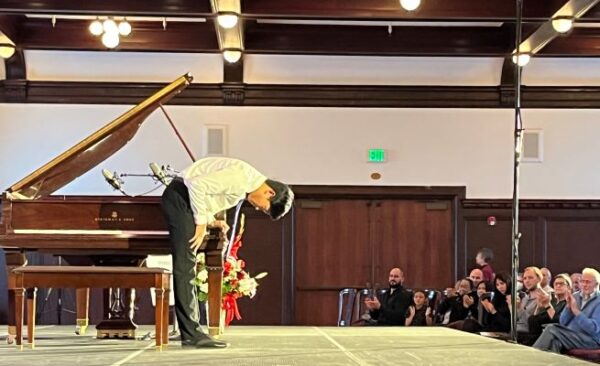 The Gala Concert Saturday evening at the Paso Robles Inn Ballroom featured Jakub Kuszlik of Poland. Kuszlik has excelled at several competitions including the 18th International Chopin Piano Competition in Warsaw, where he placed fourth. He has performed in countries around the world including Japan, Germany, Italy, Greece, Norway, Armenia, Iceland, and France.

After subdued, social media-oriented editions during the pandemic, the Paderewski Festival returned to enthusiastic in-person crowds in Paso Robles.