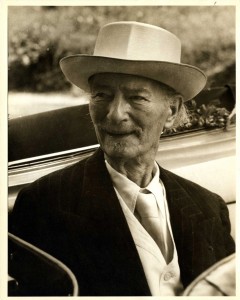 “Honoring Paderewski’s legacy is important, because he considered Paso Robles his American home,” said Paderewski Festival Artistic Director Marek Zebrowski. “He invested a lot of money into land – ranches, almond orchards, vineyards – and he transformed Central Coast agriculture. Were it not for Paderewski, who knows how the wine production – now the mainstay of local economy – would be?”

With admission ranging from free to $30 depending on the event, there’s never been a better time to learn more about Paderewski and enjoy the talented performers from our region as well as those visiting from overseas.

“One only has to look at the wording on Paderewski’s statue in Paso Robles downtown city park, outside Carnegie Library, to understand why his legacy is so important for the city of Paso Robles,” said Cri Cri Solak-Eastin, public relations and website manager for the 2014 Paderewski Festival. The inscription reads, ‘There is no person of greater international fame who was a major landowner, grower and winemaker in Paso Robles than Ignacy Jan Paderewski.’

On Thursday, Nov. 6, the 2014 Festival opens on Paderewski’s birthday, with Cassandra Tarantino and the Cuesta College North County Chorus presenting an evening of choral music at Cass Winery. The program will feature Polish songs as well as works by Bach, Mozart, and Dvořak.

The Chorus will close their concert with a performance of Paderewski’s one and only composition for choir, Hej, Orle biały [Hey, White Eagle!], which was written for the Polish troops fighting with the Haller’s Army during World War I. A gourmet meal accompanied by wines from Cass Winery is available for purchase prior to the concert.

“Each year we have different performers, and concerts of performers from Central Coast, Poland, and Ukraine are a great attraction,” added Zebrowski, also the Director of the Polish Music Center at USC. 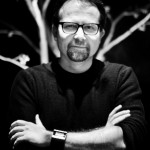 On Friday, Nov. 7, two exceptional musicians will travel from Poland to perform for this year’s Festival – violinist Mariusz Patyra, winner of the Paganini Violin Competition in Genoa, Italy – will be joined by pianist, composer and arranger Krzysztof Herdzin. Herzdins’s catalogue of recordings exceeds 200 albums, among which are 16 Gold and three Platinum records.

As a duet, they will present an evening of Romantic music, including works by Wieniawski, Chopin, Paganini, Dvořak, and others. Herdzin will also present a live improvisation on Chopin and Patyra will demonstrate his sterling virtuosity in one of Paganini’s most iconic works, his Caprice no. 24 for solo violin. The concert will be held in the historic Park Ballroom in downtown Paso Robles.

On the afternoon of Saturday, Nov. 8, the winners of this year’s Youth Piano Competition auditions (held in late October) will be presented during a concert at the Paso Robles Inn Ballroom. Admission is free for this showcase of budding virtuosos in order to encourage the widest possible audience attendance. 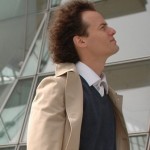 Promoting music appreciation among young members of the community and fostering growth of the local talent are important goals of the Paderewski Festival. It was a stated wish of Paderewski to endow and run a music school in Paso Robles that would provide free tuition to all its students. Although his plans did not materialize during Paderewski’s lifetime, since 2007 the Festival has run the Youth Piano Competition for pianists residing in the three Central Coast counties.

On the evening of Saturday, Nov. 8, the Gala Concert will feature performer Zheeyoung Moon, a pianist born in South Korea and now residing in Berlin. A promising young artist who has performed across the globe and won several very prestigious piano competitions, including first prize at the 2013 International Paderewski Piano Competition in Bydgoszcz, Poland, Ms. Moon will present works by Chopin, Paderewski, Schumann and Liszt. 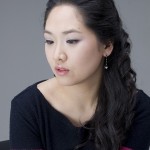 The highlights of her program include Chopin’s Op. 35 Sonata and the “Heroic” Polonaise Op. 53, a group of Paderewski miniatures (including his celebrated Menuet and tender Nocturne), and Liszt’s brilliant Rhapsodie espagnole.

“Zheeyoung Moon has a rapidly-growing career,” said Zebrowski. “She is dynamic and musical and her program will please the audiences for sure.”

On Friday, Nov. 7, Ms. Moon will also conduct a piano master class that is open to all piano students and the general public free of charge. 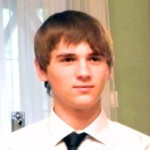 Since 2009, the Paderewski Festival and the Province of Tarnów in Poland have hosted an International Cultural Exchange in alternating years in Paso Robles and at Paderewski’s manor house in Kąśna Dolna, Poland.

Winners of the Youth Piano Competition in Paso Robles traveled to Poland in 2009, 2011 and 2013, while their Polish counterparts visited Paso to perform at the Festival in 2010 and 2012.

The International Cultural Exchange brings more visitors to Paso Robles in 2014. Celebrating and linking the three regions of the world associated with Paderewski’s life –his birthplace in the former Polish territories, his roots in southern Poland (Kraków and Kąśna Dolna), and his American home in Paso Robles where he owned large vineyards and almond tree ranches.

Two students from the Podolia Region where Paderewski was born in 1860 (now the Ukraine) – Nazar Kozlyuk and Olha Pokhvata – are from Khmilnyk, located about 15 miles from Paderewski’s birthplace of Kuryłówka. The two students from Poland – Michał Niedbała and Paulina Ostrowska – are both from Tarnów, Paso Robles’ sister city outside of which is Paderewski’s estate, Kąśna Dolna. 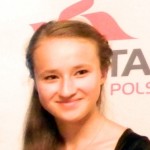 These students will be heard at Cass Winery on Wednesday, Nov. 5 (invitation-only presentation),on Thursday, Nov. 6 at Mission San Luis Obispo (free and open to the public),  and at the Ballroom of the Paso Robles Inn on Sunday, Nov. 9 (free and open to the public). The young virtuosos will perform a variety of compositions by Bach, Mozart, Chopin, Liszt, Grieg, Debussy, Rachmaninoff and Paderewski. In addition, the two Ukrainian students will present music by two little-known Ukrainian composers, adding to our knowledge of musical culture in this part of the world.

Other Festival attractions – both free – include a Saturday, Nov. 8 morning film screening and a noontime performance of Polish dances by the Krakusy Ensemble from Los Angeles. At 10 a.m. Park Cinemas will screen Impromptu, a delightful 1991 film about Chopin’s life in Paris starring Hugh Grant and Bernadette Peters. 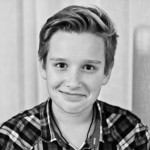 After the film screening, the Krakusy Ensemble will perform several Polish dances at the Gazebo in City Park, starting at 12:30 p.m. With their colorful costumes and invigorating rhythms, the Polish dance concert promises to be a fun addition to this year’s Paderewski Festival.

“I think it’s fantastic that our Festival in Paso Robles, population only 30,000, can continue to attract world class musicians from around the globe for top quality concerts, while also hosting an annual Central Coast youth piano competition and International Cultural Exchange with students from Poland and this year also Ukraine,” said Solak-Eastin. 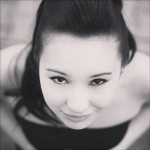 Admission tickets to the various 2014 Paderewski Festival events range from free to $30. VIP tickets for all events are available for $200, and all event tickets purchased online are discounted $5 on Tuesdays through October.

Tickets may be purchased and a full schedule of events may be found online at www.paderewskifest.com or by calling (805) 235-5409.

More information about Ignacy Jan Paderewski and non-profit Paderewski Festival in Paso Robles may also be found on the website.