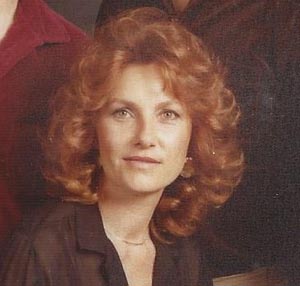 –Pam Finley, 72, cherished wife, mother, grandmother, sister and friend passed away Oct. 23, 2016 at her home in Templeton, Calif. with loved ones at her bedside. She’ll be met at heaven’s door by her mother Penny Shriver; step father Henry Shriver; father Moses Lustig; several aunts that she adored; her gramma Virgie; in-laws Vida Lee and Chester Finley; their beloved business partner Don Young and numerous other family members and friends she missed every day.

She was born in Dallas, Texas in August of 1944. The family moved to California shortly thereafter. Pam went to grade school, junior high & high school in Lakewood, California where she prospered quite well. Pam became Miss Pan American while still in high school; which led to Modeling School and modeling professionally on a regular basis with both Bullock’s and Nordstrom’s Department Stores. She found time to teach “Charm and Good Grooming” classes in every junior high school in Long Beach, Calif.

She married Bob Finley in 1962 and had two sons (Chet & Bret). The four of them moved to Templeton, California where Pam had no trouble making her mark in grand fashion. She opened Ms. Finley’s Finishing School; then went on to become a Cowbelle and a proud member of the Barbary Coast Girls.

More serious roles were that of serving on The Templeton Advisory Board, The Land Use Planning Board and the first woman to serve on the Templeton School Board. She was a designer and owner of two successful restaurants: Scoreboard Sports Bar in Paso Robles and The Main Street Grill in Templeton. She had numerous avocations that kept her busy and quite comfortably in the public eye.

She leaves behind husband Bob Finley of 54 years; two sons Chet (Jayme) and Bret (Debra); grand-children Madelyn and Robert; and step grandchildren Jake and Jenna. She also leaves behind nephew Bobby (Jacky) Eshelby and his family; her Aunt Peggy (Leland) Thompson and family; a sister and a brother; several cousins, including closest cousin and friend Gennie (Jerry) Roeder and family ,sister-in-law Pam Robinson; and all her golfing buddies at the Paso Robles Golf Club, especially Josie Warner.

If lieu of flowers, donations to kidney research or a charity of your choice would be appreciated.

Services for Pam Finley will be held at 1 p.m., on Friday, Oct 28, at the Templeton Cemetery, followed by a get together at the Paso Robles Golf Club from 2 – 4 p.m.