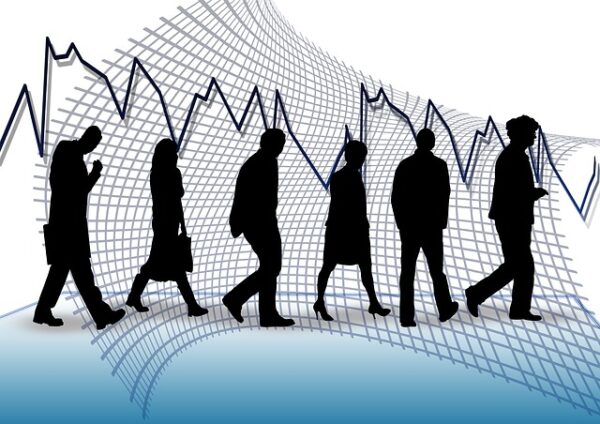 –Claims for unemployment benefits continue to increase well above record numbers in the midst of the COVID-19 pandemic – now surpassing 20 million claims processed by the California Employment Development Department (EDD) in support of impacted workers and their families. Total benefits paid in nearly 11 months of the pandemic now equals $120 billion with more than $62 billon of that in regular state Unemployment Insurance (UI) benefits– six times as much paid in regular UI than in the worst year of the Great Recession.

Update on the rollout of extended federal PUA/PEUC benefits

Californians in need are receiving additional financial assistance as EDD continues its rollout of federally extended benefits. The federal Continued Assistance Act provides for an extra $300 to be added to each week of benefits paid on any unemployment claims. So far, EDD has paid a total of about $3.5 billion in Pandemic Additional Compensation (PAC) payments to eligible Californians.

In addition, as much as 11 weeks of extra benefits are being added to Pandemic Unemployment Assistance (PUA) and Pandemic Emergency Unemployment Compensation (PEUC) claims. EDD is automatically transferring those that run out of their current PUA or PEUC benefits to the new extended benefits.

As for the approximate 1.5 million individuals on a PUA or PEUC claim when the federal CARES Act expired in December 2020, or who had exhausted those benefits in the weeks before that, implementation is occurring in two phases as programming is completed. Benefits are payable for weeks of unemployment starting December 27, 2020.

• To date, 94 percent of the Californians in our system who can benefit from the federally extended benefits have already had the additional weeks of benefits added to their claim and are receiving weekly benefits.

• Nearly 1.3 million claimants have been paid a total of about $1.2 billion in extended PUA and PEUC benefits. This number includes all individuals who still had a balance remaining on a PUA/PEUC claim when the CARES Act ended on December 26 of last year, along with any new claimants to these programs.

• The remaining 6 percent of claimants (approximately 185,000 people) exhausted all available benefits on their PUA or PEUC claims prior to the end of the CARES Act on December 26, 2020. This created a gap in benefits and requires establishing a new claim with the new up to 11 weeks of benefits now available.

• EDD expects the necessary programming to certify these claims will be in place by March 7, 2021. Individuals in this group will receive emails, text message, or mailed notices in the next few weeks letting them know when it’s time to certify their eligibility for benefit payments.

As part of a separate provision in the federal Continued Assistance Act, approximately 217,000 individuals who have been getting paid in our Phase One effort are required to be moved between the two federal programs. These individuals are being moved from their current PUA claim back to a previously exhausted PEUC extension to receive an additional up to 11 weeks of benefits. They exhausted all of their regular state UI benefits and prior PEUC benefits and were then transitioned to their current PUA claim as a means of continuing support in the pandemic.

ª As these individuals are moved back to a newly expanded PEUC claim, there are potential impacts to their weekly benefit amounts.

• Because of differences in minimum weekly benefit amounts in the PUA program from the regular state UI program and its PEUC extension, EDD estimates about half (50.6 percent) of this group of 217,000 claimants will return to a lesser amount due to this federally required change, while about 46 percent will see a higher benefit amount. The remainder will notice no change.

• EDD is alerting claimants to this situation with messages through their UI Online account as well as mailed notices.

EDD has hired fraud consulting service, Accenture, to evaluate fraud detection and prevention operations. Accenture will help EDD refine our approach to deterring and preventing fraud while ensuring that legitimate claimants receive their benefits in a timely fashion. This step is in addition to EDD’s work to fortify the front door to California’s unemployment benefits program with ID.me and the Thomson Reuters cross-match capability with databases across the country.

EDD is working to complete recent screening efforts on claims filed since the start of the pandemic. Individuals associated with 1.1 million of 1.4 million claims suspended toward the end of the year due to fraud concerns have been directed through ID.me to validate identity. So far, results show:

• 387,984 claims were validated by ID.me. After reviewing these claims for other eligibility requirements all, but 582 still in progress, have been processed and payment issued, if otherwise eligible. •

About half of the claimants who were sent emails in their UI Online account informing them of the need to verify their identity never opened the correspondence. EDD is sending another round of emails and text messages to ensure individuals have the opportunity to act on behalf of their claim.

• Individuals with an identity that is not validated by February 15, 2021, face disqualification in which EDD will issue a determination notice with appeal rights.

The remainder of the 1.4 million suspended claims includes 100,000 individuals without a UI Online account and who have been encouraged by EDD to provide identity verification documents via our Document Upload process. Others are receiving a questionnaire for verifying eligibility issues beyond identity or are receiving determination notices with appeal rights.

The EDD is conducting a full analysis on the results of verification efforts to determine the effectiveness of fraud screening and fine-tune our processes where applicable to mitigate impacts on legitimate claimants. Details will be shared in the weeks ahead.