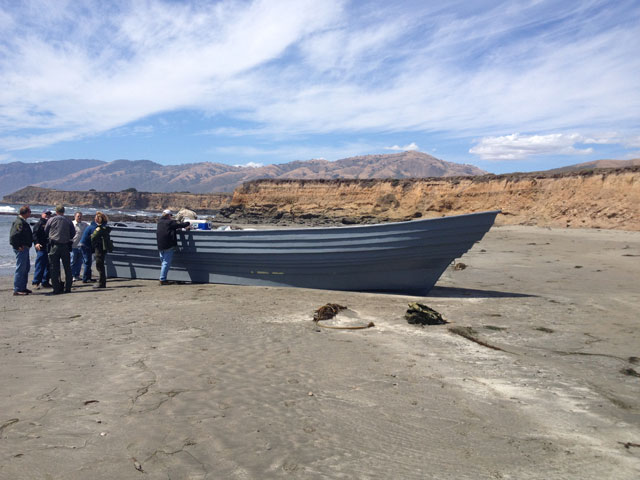 On Thursday afternoon, a State Parks Ranger was driving on Highway One near San Simeon when the ranger noticed a break in the fence line about four miles north of the Piedras Blancas Lighthouse. Upon further investigation, an abandoned panga boat was discovered beached on the sand.

Sheriff’s Deputies searched the area for any subjects associated with the boat, but none were found. No narcotics were discovered. Investigators believe based on the evidence found at the scene, that the boat may have been transporting both people and narcotics. The boat is estimated to be 33-35 feet long with three outboard motors. The Sheriff’s Office will take possession of the boat and have it towed to Morro Bay. The investigation is continuing.