– It’s 2 o’clock on Tuesday at the Men’s Section of the San Luis Obispo Jail. Bill Spencer stands in front of 21 inmates aged from 18 to 65. These 21 men share one common experience; each has one or more children they’ve left behind. Spencer is teaching parenting skills to men who are beginning to believe they must try to learn how to be a father to enable their children to have a better future.

Spencer, a Parent Coach with Parent Connection of San Luis Obispo County and 30 year veteran of the Atascadero and Paso Robles school districts, is leading the group learning parenting skills through parent/child role playing. One man will take the part of the difficult child while the other acts as the parent convincing the child to do his homework. Each inmate is here to learn how to be a father because the Center for Family Strengthening through its Parent Connection Program offers this four week-class to inmates to positively change the inmates’ behaviors and to help strengthen their families. 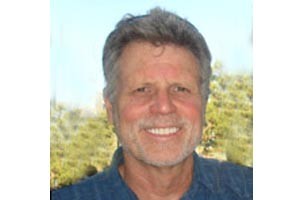 Most, if not all, of these fathers have not had positive father role models in their own childhood and have no idea of how to be positive influences on their children. Many have been abused as a child. Some haven’t seen their kids in years. Spencer is helping to change this. He begins by first asking the group what skills they need to influence their kids. The men shrug their shoulders and look at each other. They think about it for a while and admit they don’t know.

Spencer is patient and using questions and suggestions moves the men to saying they need to learn how to know their kids and how to talk to them. He first has them understand and accept that good parenting skills are not about trying to fix your children; they’re about helping your children learn from their mistakes. As the inmates embrace this idea, they better understand they must first get to know their children. Spencer encourages the men to jump right in and start building that relationship with their children, especially when their kids are angry with them for not being there.

Spencer is effective in his role as facilitator showing the men that he does not judge them. He works together with the men to solve big issues, such as dealing with a child in a rebellious stage. He’ll point out the father’s strengths in the role playing and has each father imagine how his children will succeed in life because he has been a positive influence in their lives. The inmates motivated by love for their kids relish the learning and begin to change their own behaviors to become better role models for their children.

Spencer’s classes and parenting methods are fresh; his methods stress non-punitive learning. He clearly reminds us all that many parents punish their kids when they are bad and reward them when they are good. This method stops the bad behavior, but it doesn’t influence the cause behind the behavior. His methods focus on the child’s perspective—teaching parents to be in the shoes of their kids. He asks the inmates as they role play, “How will your child feel and respond to your interaction?” He teaches them to listen, to problem-solve and give their child the responsibility to make agreements and then, as a parent, to follow up on any broken agreement.

Spencer shows the inmates that their kids will do better when they feel better, not when they feel worse. Kids need to be shown positive power, given choices, and shown how to make their way through the routine demands of each day and to develop this together with their parents. Spencer teaches these men to empower their children.

Each inmate gets something different out of their four weeks with Spencer. The one thing nearly all learn is to be kind while being firm and non-threatening with their children when agreements are broken. Such as, “I’m disappointed that you didn’t pick up your toys. You agreed to pick them up, please do so now.” Or, “I can understand why you don’t want to do your homework, but you agreed to.”

Spencer’s passion for parent coaching shines through and the inmates get it. He knows this by the answers he gets to his open-ended questions which can’t be answered with a “yes” or a “no.” They are often answered with insightful caring responses. He knows he is planting a seed for positive change — change in the inmate’s behavior and change in the inmate’s family dynamics. The classes are one step in stopping abuse and then stopping the cycle of abuse. The classes have a positive influence on the immediate family which bodes well for a better future generation.

Spencer has worked as a teacher, counselor and principal in the public schools for over 30 years. He is a Certified Positive Discipline Associate Trainer providing workshops for both teachers and parents. He works with schools throughout the state helping them develop safe school plans to create a more positive school climate. As a parent coach with Parent Connection of SLO County, he offers support and encouragement while helping individuals meet the demanding job of being a parent in today’s world. Spencer’s hope is to assist parents through their journey of parenthood and help parents create a plan to meet the needs of both parent and child. He is married to a first grade teacher and they have two grown daughters and two grandsons.

Parent Connection provides free and confidential parent coaching on the telephone and in person (in both English and Spanish) throughout San Luis Obispo County.

In 1988 the San Luis Obispo County Board of Supervisors designated SLO-CAP as the self-governing entity responsible for local efforts to prevent and respond to child abuse and neglect. The center is dedicated to strengthening families through education and advocacy. The center partners with family support organizations in SLO County to provide resources to families in need, protect children from abuse and neglect, and ensure that strong families are a community priority. To donate or learn more call (805) 543-6216.