Parkfield man convicted of threatening to kill his wife 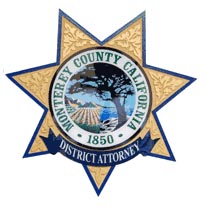 According to Deputy District Attorney Matthew L’Heureux, on August 27, 2011, Van Boxtel threatened to kill his wife during an argument at their home in Parkfield. His wife reported that he pointed a firearm at her as she was getting into her car to drive away. Evidence at trial showed that Van Boxtel discharged the firearm in the direction of her vehicle as she was leaving the property. When Monterey County Sheriff’s deputies arrived in response, Van Boxtel refused to open the gate to the property, disobeyed their commands, and physically resisted arrest.