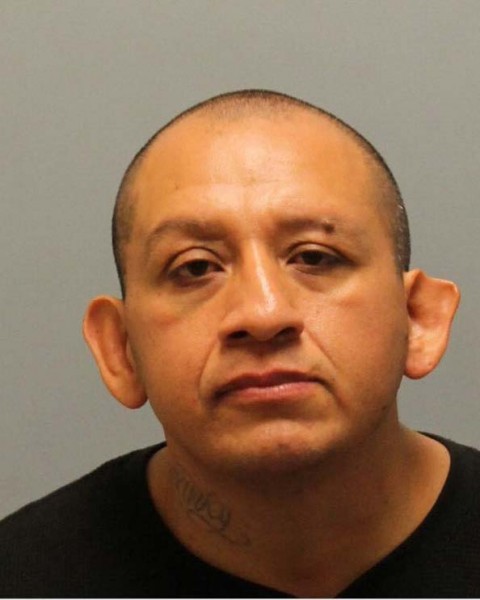 –Paso Robles parolee Jesse Torres was arrested Wednesday for attempting to break into several cars, entering an unlocked residence, breaking parole and being under the influence of a controlled substance.

On Wednesday, at approximately 4:48 p.m., Paso Robles Police Department Officers responded to the 1500 block of Park Street after two citizens reported seeing a suspicious person attempting to open several locked cars in the neighborhood. The citizens did an excellent job of providing a description of the suspicious person and providing responding officers with updates as they observed the suspect in the neighborhood, according to police. Officers arrived on scene and quickly located a suspect along 18th Street. Officers detained Jesse Torres, 35, of Paso Robles.

Officers soon learned that after Torres attempted to open several cars in the area he also entered the front door of a nearby, unlocked, residence where he did not live. A 17-year-old female resident, who was home alone, screamed and yelled at the suspect. The resident’s dog protected the owner by barking and growling at the suspect who subsequently left the residence. The victim quickly locked the door after the suspect left. However, a few moments later Torres removed a screen from a window near the front door. Torres reentered the residence, this time through an unlocked window. The suspect then stole a set of car keys from a nearby table and quickly exited through the front door of the residence. The 17 year old victim was not injured or assaulted.

The original witnesses and the 17 year old victim all positively identified Torres as the suspect officers had detained.

Earlier this week, a car was stolen from the 1200 block of Corral Creek Avenue. There have been over 31 incidences of auto theft in Paso Robles since November, according to police.