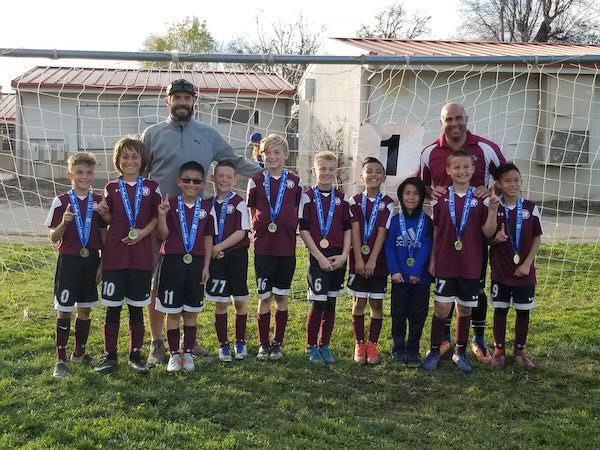 –The 10U Paso Robles “Fuegos” AYSO Allstar team recently took 1st place at a tournament in Santa Ynez. They won 4 games prior to beating 5 Cities in the final 4-3.

The boys played regular season here in Paso Robles and then tried out and made the all-star A team, “The Paso Fuegos.” They have been training since December to compete in 7 tournaments across San Luis Obispo & Santa Barbara Counties. So far they have competed in 4 tournaments and have taken 1st in two of them. First in Lompoc at the Spaceport Tournament and last weekend at the Santa Ynez Valley Soccer Tournament. They also took 3rd in the other two tournaments. The Area Q playoffs will be held here in Paso Robles Feb. 9-10.